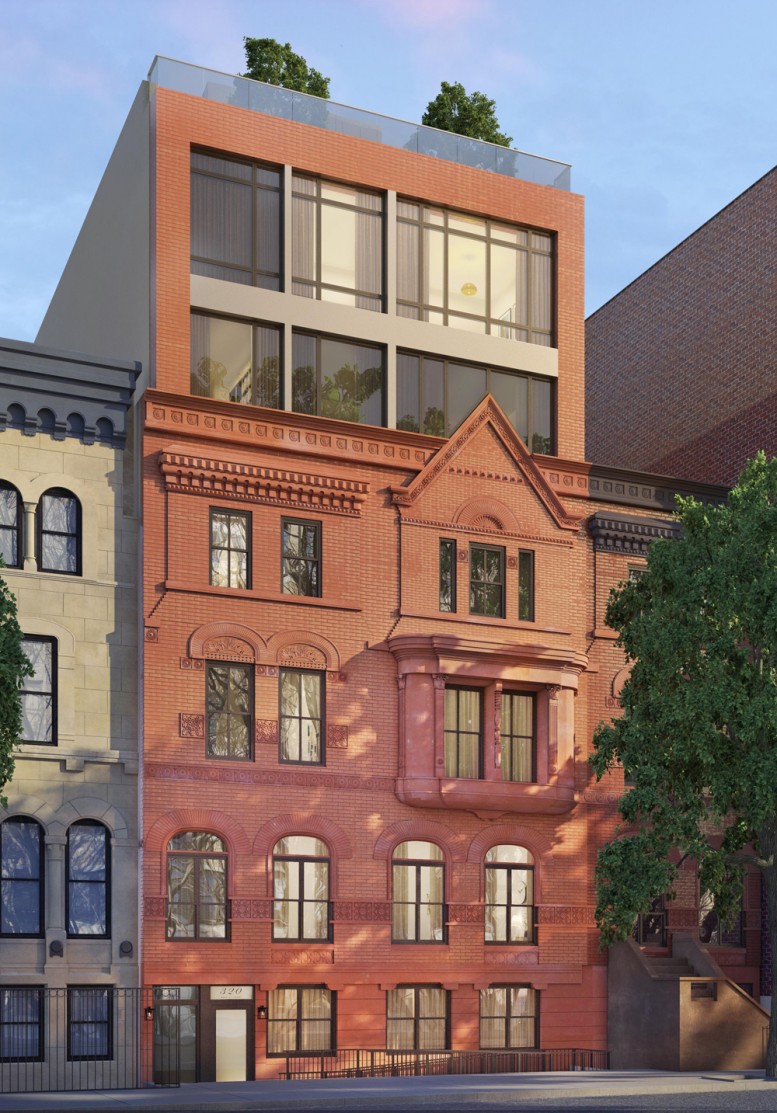 Two former SROs are being transformed into condos at 318 and 320 West 115th Street in Harlem, and YIMBY has the first look at the restored and expanded prewar townhouses.

The four-story buildings will gain a fifth floor and about 7,000 square feet of residential space. They’ll contain 6 condos spread across 13,426 square feet, according to alteration permits first filed in 2013. Apartments will range from 1,905 to 1,999 square feet and consist of three and four-bedrooms. There will be only one apartment on each floor, with asking prices starting at $2,050,000.

The new condos will feature clean, modern interiors and fireplaces, illustrated in the rendering below. The building will also have a roof deck, gym, private storage and bike room in the cellar. Halstead Property Development will market the units, and the project already has its own teaser site. The new look seems quite attractive and contextual. It’s a positive addition to this row of late 19th century walkups between Manhattan Avenue and Frederick Douglass Boulevard, about a block and a half from Morningside Park.

Madison Advisory Group is developing with Avant Capital serving as the lender, and CTA Architects, headquartered in Chelsea, are overseeing the conversion. Both buildings last changed hands for $3,900,000 in early 2014, and before that, they sold for only $1,550,000 in 2012.