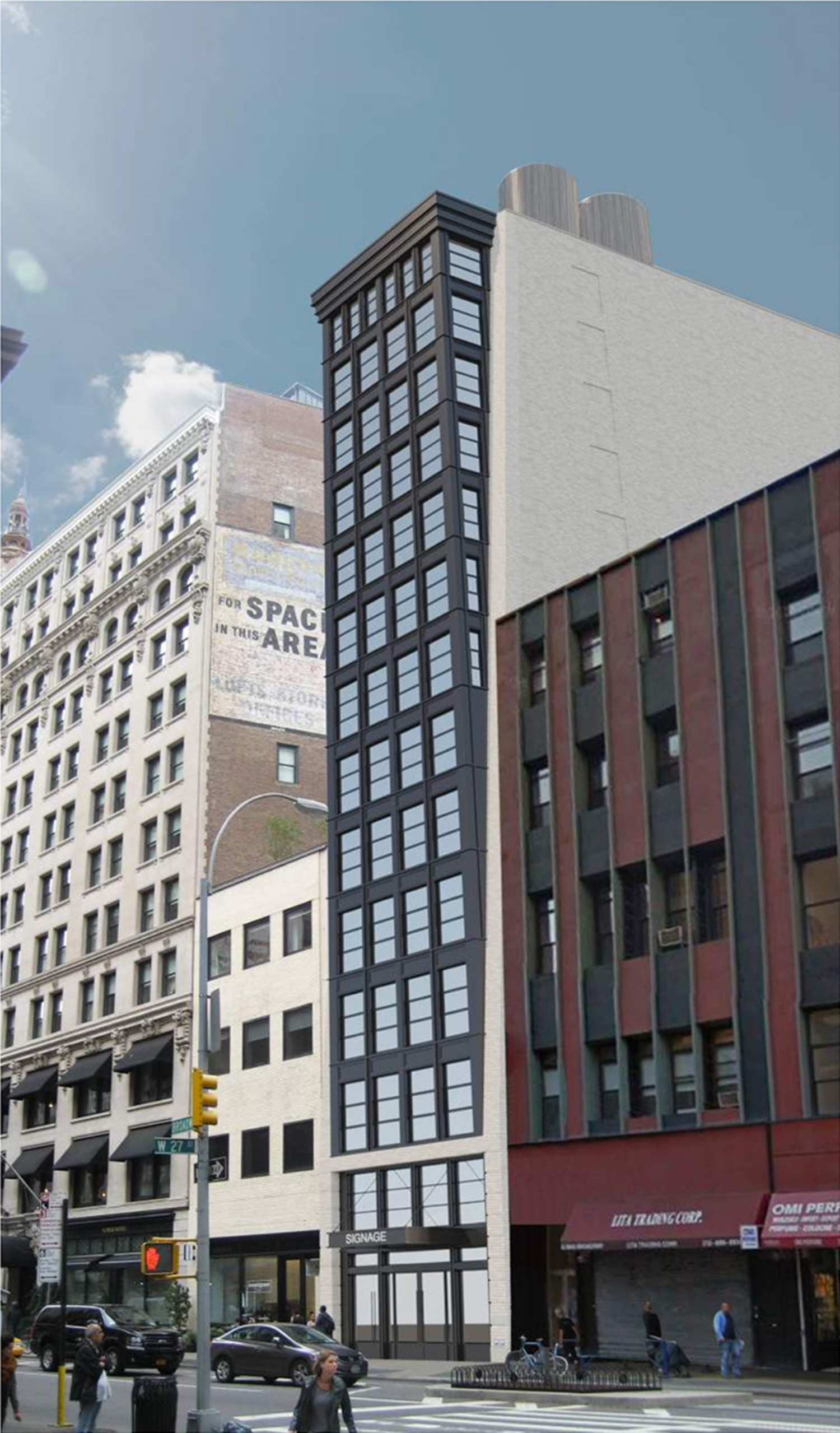 Construction is approaching topping out on 1162 Broadway, a 13-story commercial building in NoMad. Designed by Morris Adjmi Architects and developed by 1162 Broadway LLC, the 185-foot-tall structure will yield Class A office space within the Madison Square North Historic District. Plans for the project were initially approved by the Landmarks Preservation Commission (LPC) in late spring of 2020. Permits filed in December 2013 originally called for a hotel under the ownership of Aini Assets rising 14 stories with 52 guest rooms, a ground-floor cafe, and a restaurant. On Star Management LLC is the general contractor for the address, which is located between West 27th and West 28th Streets. 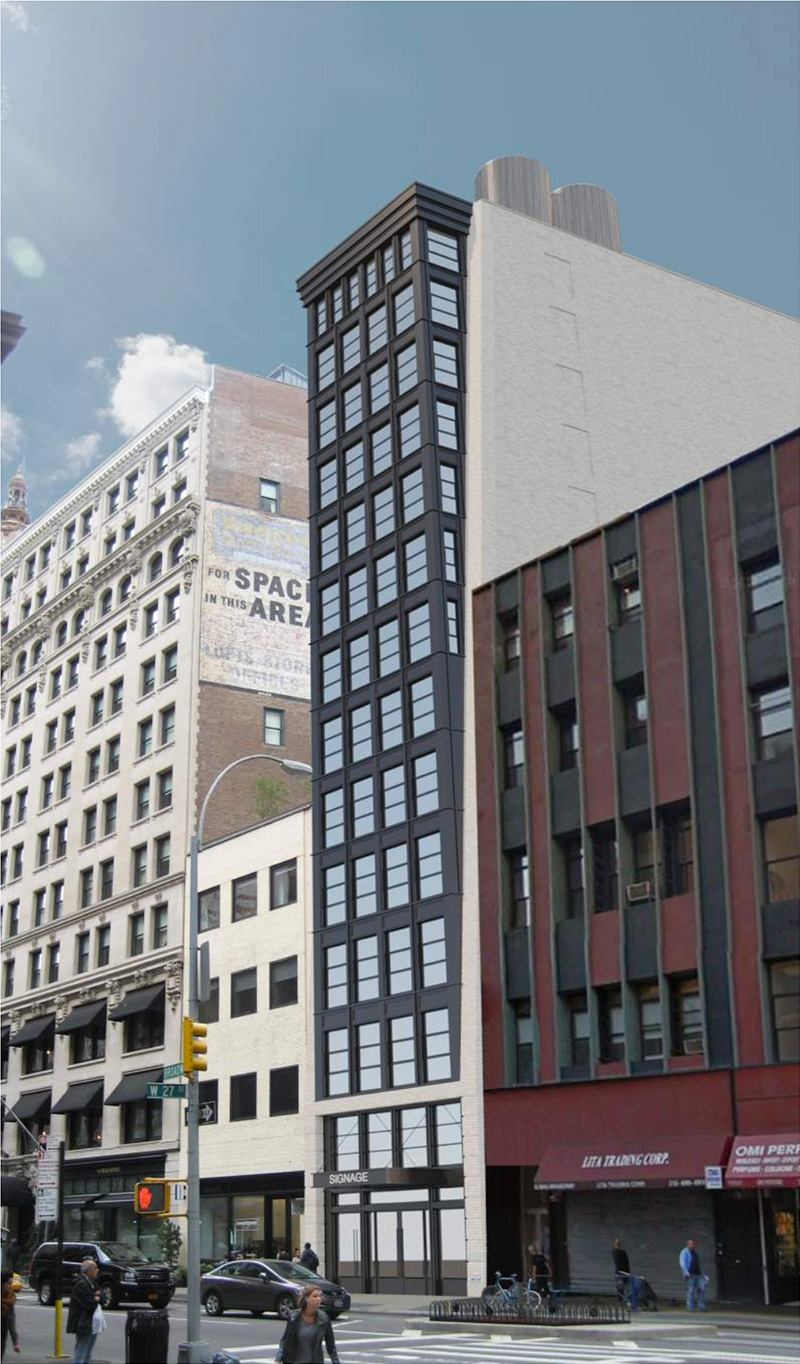 With the application review and public hearing process in full swing, the Landmarks Preservation Commission (LPC) is busy working through a backlog of proposed projects. One of the more interesting proposals includes a new commercial building designed by Morris Adjmi Architects at 1162 Broadway in the Madison Square North Historic District. The LPC reviewed the proposals on Tuesday, May 12.

In December of 2013, the Landmarks Preservation Commission approved the planned 14-story, 52-key hotel at 1162 Broadway, between West 27th and 28th streets in NoMad, located within the Madison Square North Historic District. Applications for the project were submitted in May of 2014, but filings were incomplete until yesterday, when Aini Assests filed drawings with the Department of Buildings. The building will have 24,325 square feet of commercial space and there will be a café or restaurant on the ground floor. Morris Adjmi Architects is behind the design. The site is currently occupied by a 26-foot-wide, two-story commercial structure, and demolition permits were filed this past December. The LPC also recently approved plans for a hotel next door at 1164 Broadway.