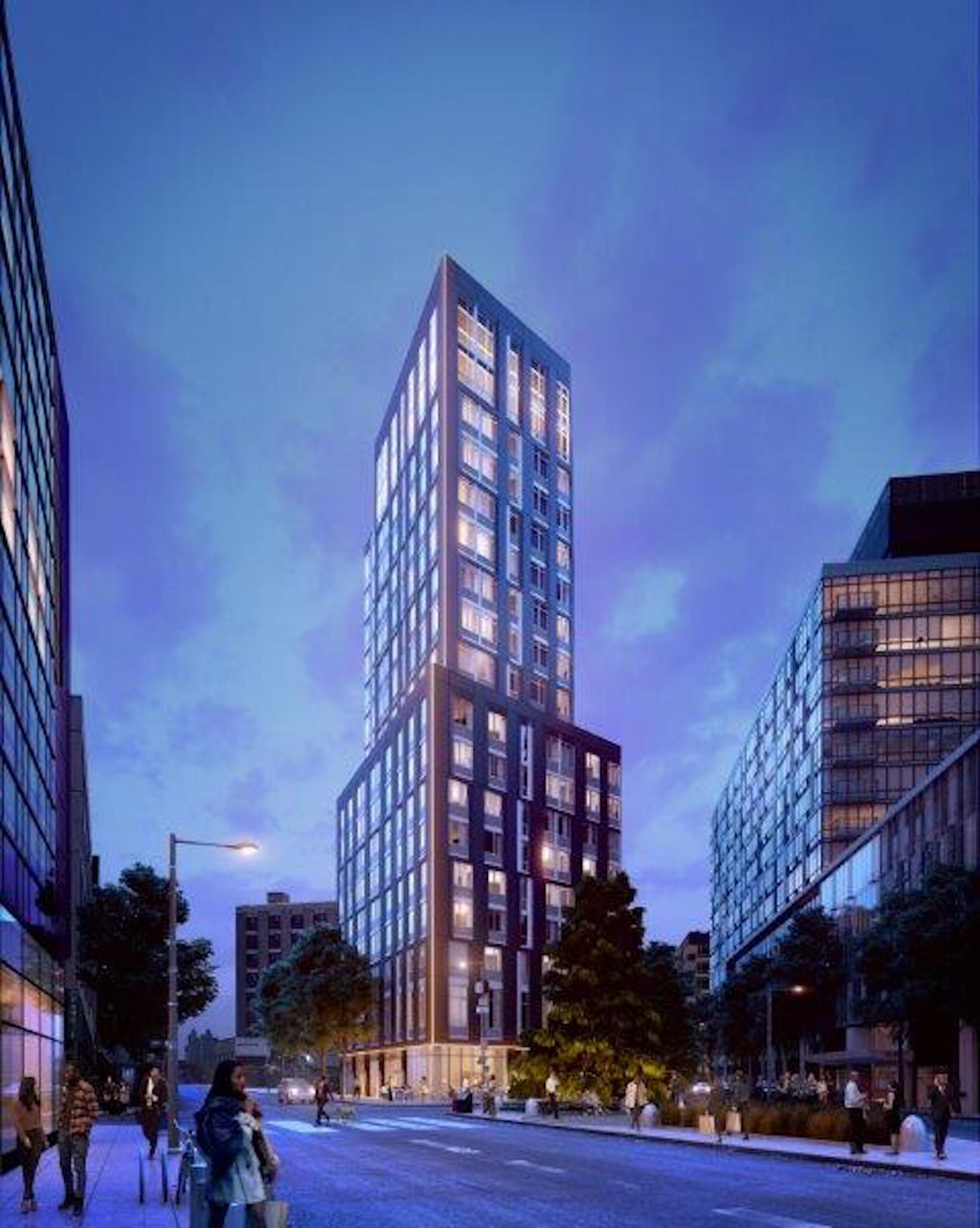 The housing lottery is now open for The Cove, an 18-story residential development at 43-12 Hunter Street in Long Island City, Queens. Developed by Rockrose Development and designed by SLCE Architects with interiors by Slade Architecture, the building yields a total 123 rentals in a mix of studios, one-, and two-bedroom units. Available on NYC Housing Connect are the 37 apartments at 130 percent of the area median income, ranging from $68,229 to $159,640. 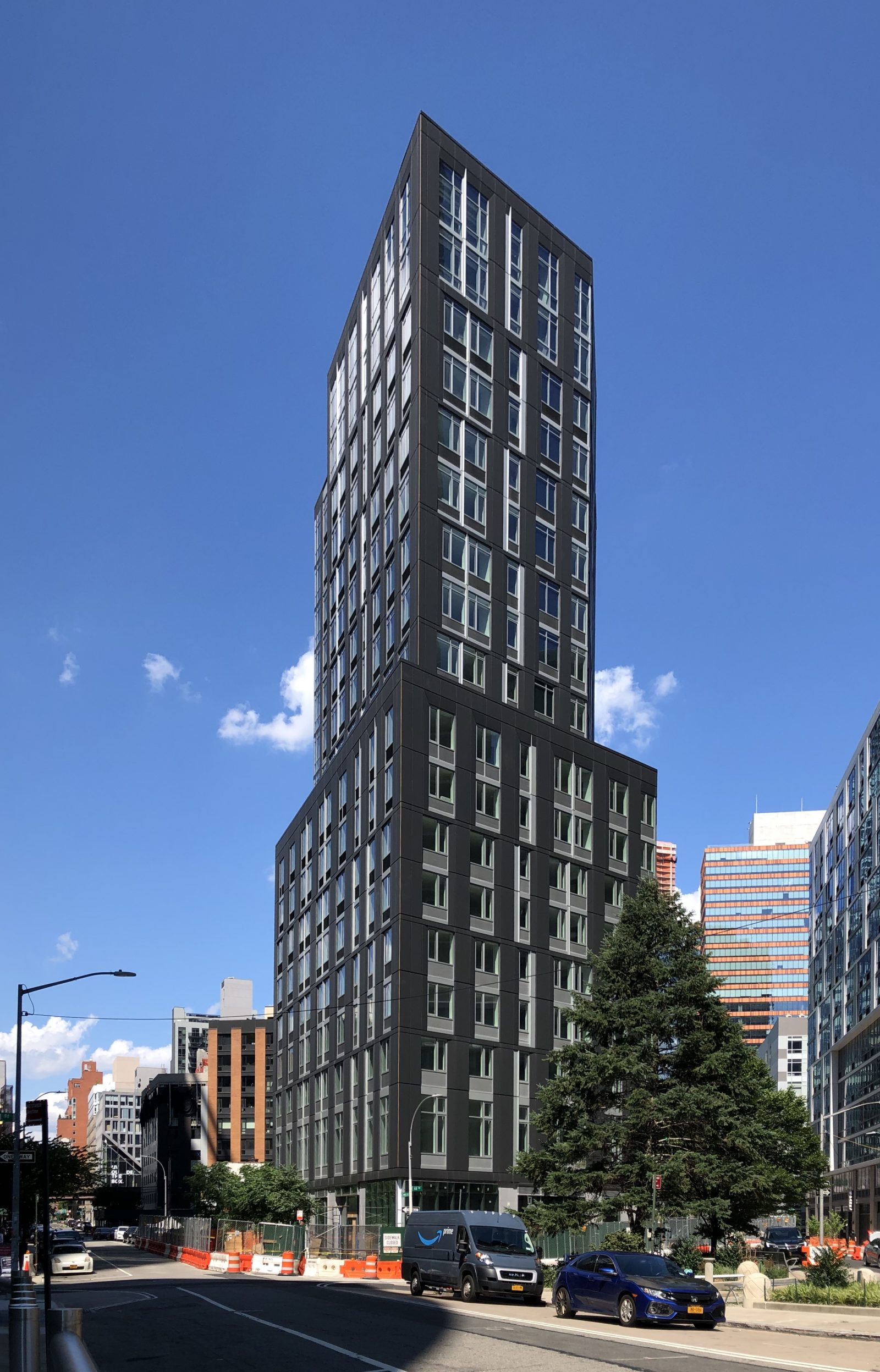 Exterior work is finishing up on the Cove, an 18-story residential building at 43-12 Hunter Street in Long Island City, Queens. Designed by SLCE Architects and developed by Rockrose Development, the project will yield 123 rental apartments designed by Slade Architecture. Thirty-seven, or roughly 30 percent of the units, will be designated for affordable housing. 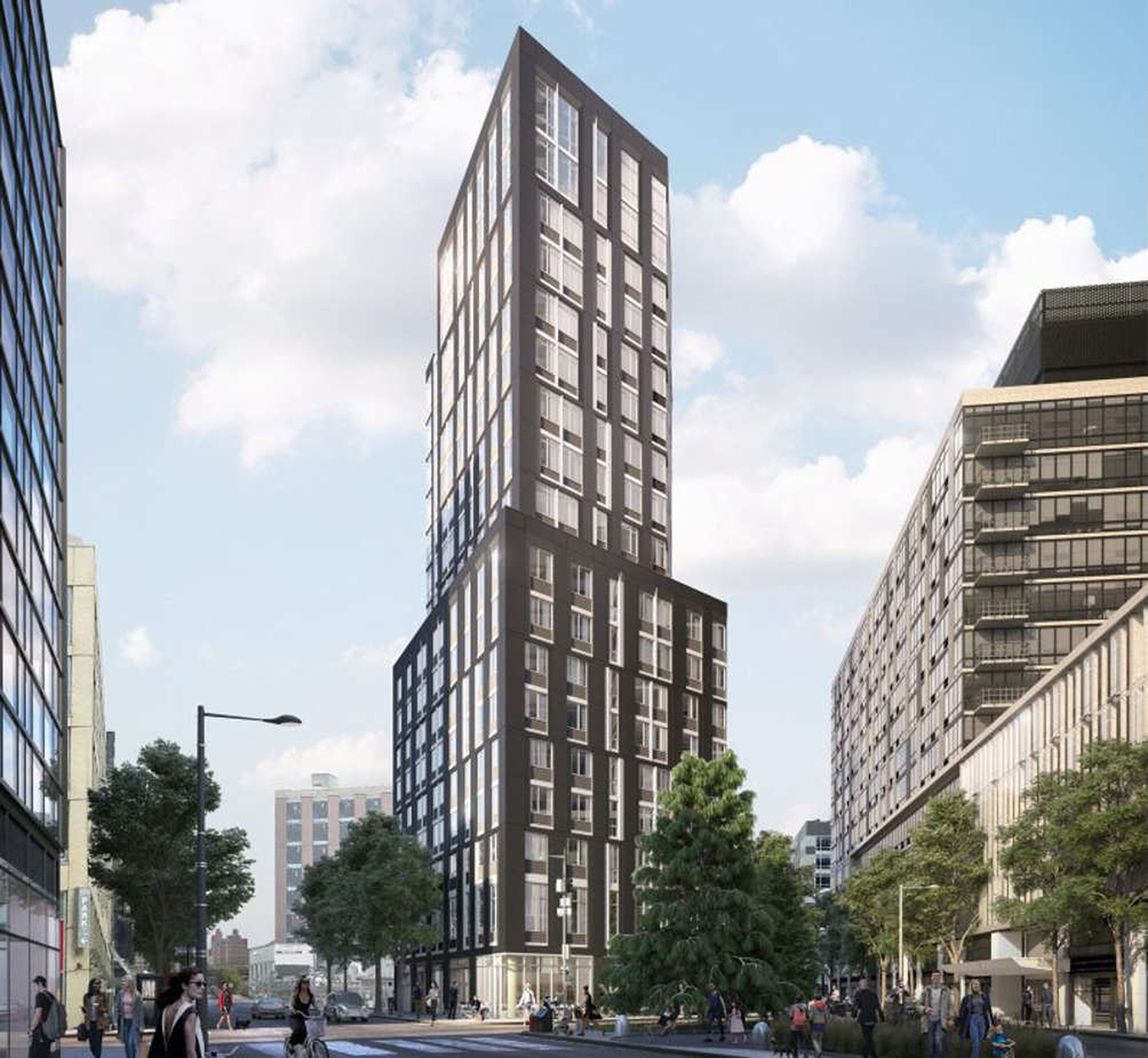 The Cove at 43-12 Hunter Street sits in the middle of Long Island City, Queens. The detailed grey-colored curtain wall of windows and metal panels cover the entire 18-story, reinforced concrete edifice. Right now the final touches remain on the ground-floor envelope, sidewalk, and interiors. SLCE Architects is the designer of the building and Slade Architecture is in charge of the interior design. Rockrose Development is the developer of the triangular site, which was previously purchased for $1 million back in 2006. The Cove will yield 123 rental units with 37 units being affordable homes, or roughly 30 percent of the total inventory.

Construction on 43-12 Hunter Street, now referred to The Cove, is nearing completion in Long Island City. The curtain wall has reached the top of the 18-story reinforced concrete structure and work is wrapping up on the ground floor façade and interiors. The Queens project is designed by SLCE Architects and developed by Rockrose Development, which purchased the site for $1 million back in 2006. Slade Architecture is in charge of the interior design. There will be 123 units, 37 units being affordable homes, or roughly 30 percent of the total.

Progress at 43-12 Hunter Street, now referred to as Triangle, has been moving along since the residential building recently topped out over Long Island City. The exterior curtain wall panels are about to reach the main setback near the halfway point of the 18-story reinforced concrete tower. The project is being designed by SLCE Architects and developed by Rockrose Development, which purchased the site for $1 million all the way back in 2006. Slade Architecture is in charge of the interior design.