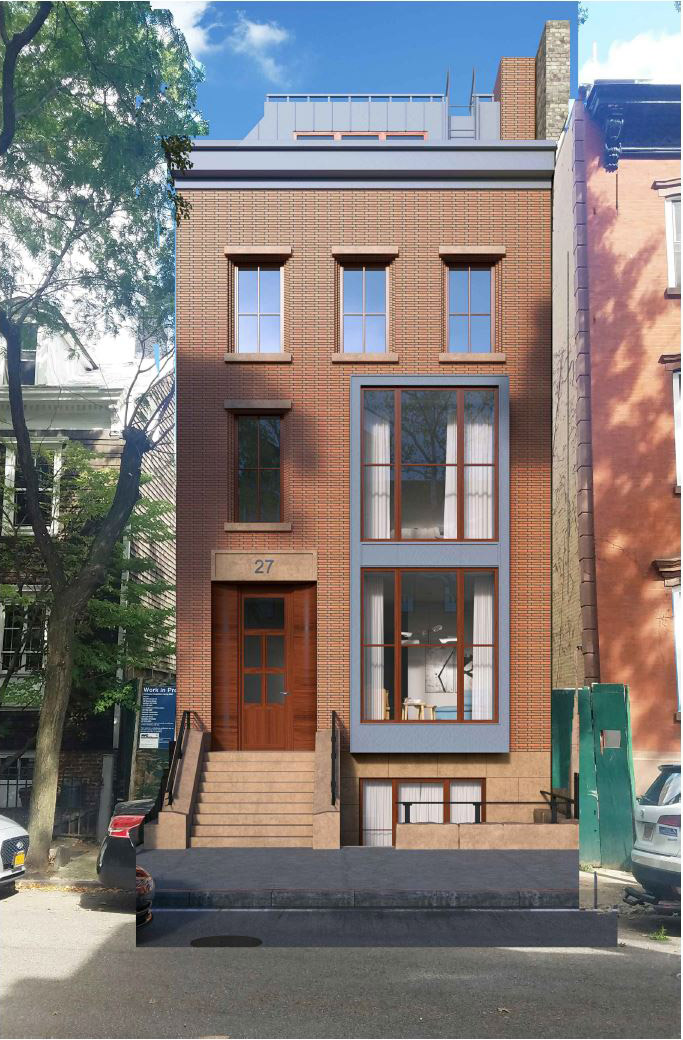 Updated renderings and proposals have surfaced for a single-family townhouse at 27 Cranberry Street in Brooklyn Heights. The hotly contested structure was first presented and approved by the city’s Landmarks Preservation Commission in 2011, but the project team failed to obtain construction permits due to legal action by neighboring property owners who feared the new building could damage the value of their historic homes. Plans resurfaced in 2015, but again, construction failed to break ground. 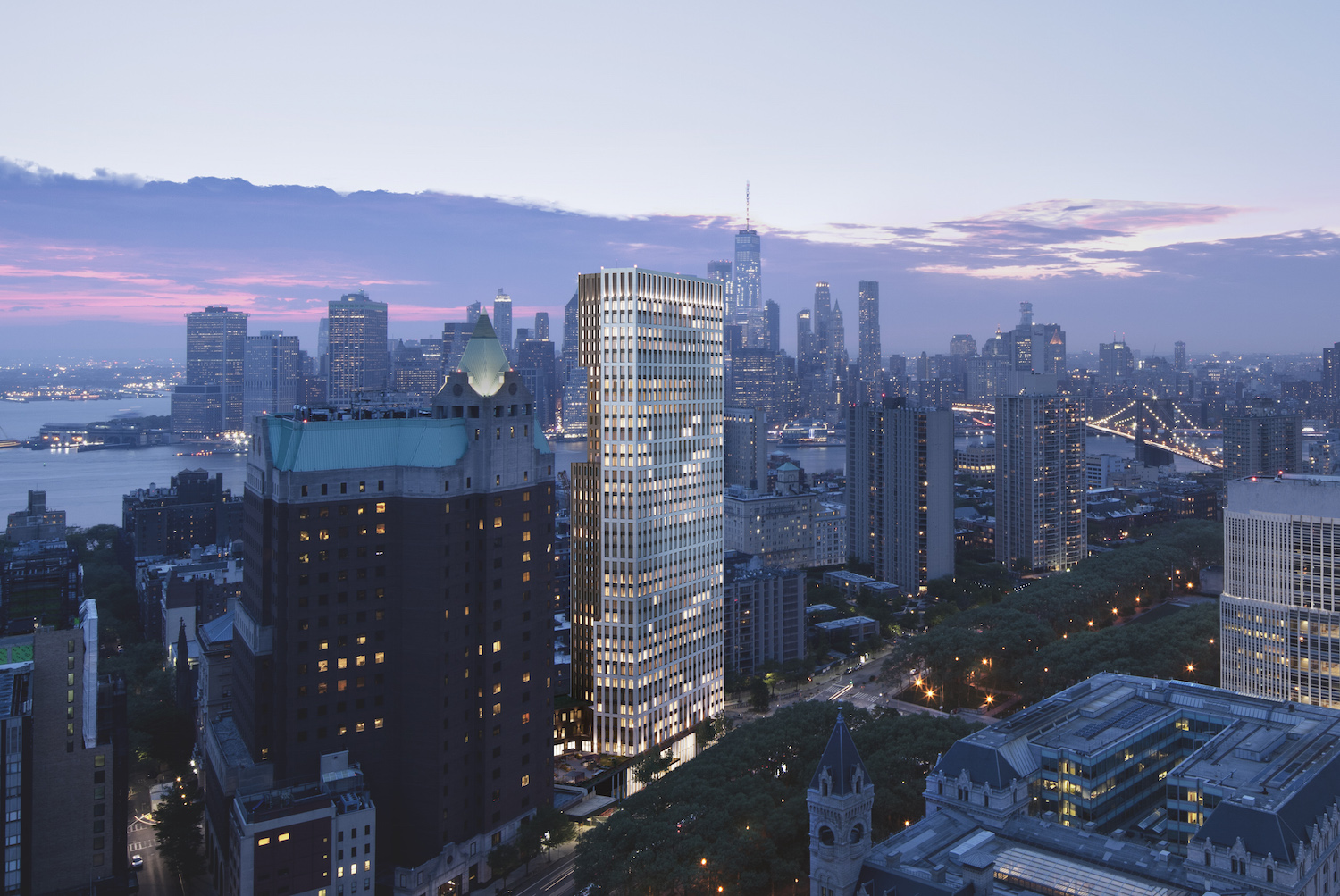 Work on the 36-story, mixed-use residential tower dubbed One Clinton is continuing to make rapid progress in Brooklyn Heights, and the building’s warm-colored stone façade is now rising. Also known as 280 Cadman Plaza West, the topped-out, triangular-shaped structure is designed by Marvel Architects and developed by Hudson Companies. The 295,000-square-foot project will include 134 residential units and One Clinton Street Library, a new public library that will replace the former Brooklyn Heights Library. The superstructure is situated at the confluence of Clinton Street, Tillary Street, and Cadman Plaza West.

The Landmarks Preservation Commission (LPC) has unanimously approved an expansion within Packer Collegiate Institute’s historic Brooklyn Heights campus. Designed by PBDW Architects, plans include the construction of a large addition to an existing garden house at 170 Joralemon Street. 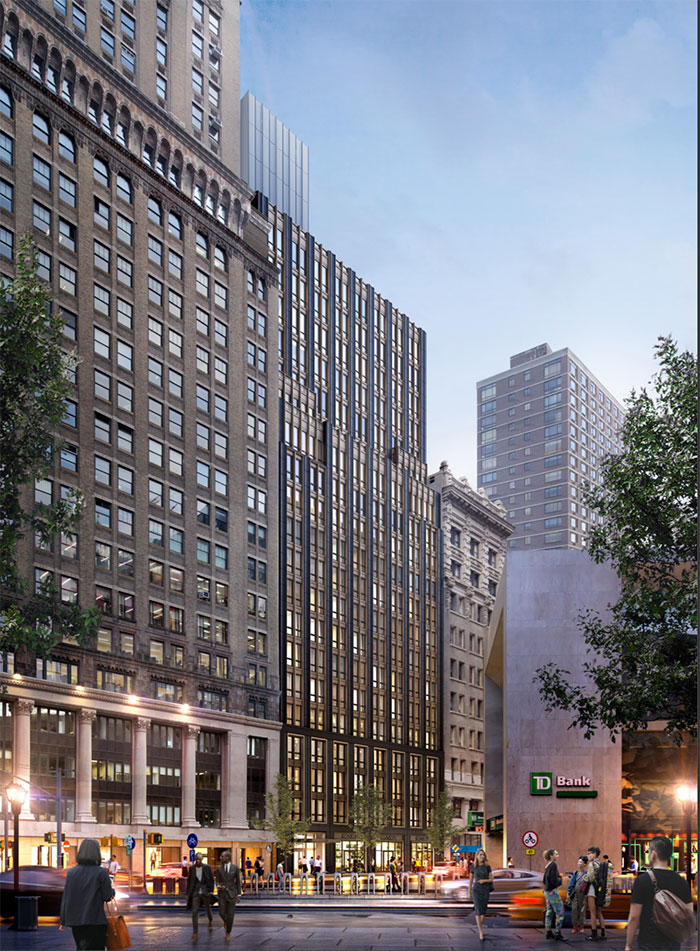 New York City-based architecture firm Beyer Blinder Belle has returned to the city’s Landmarks Preservation Commission with revised proposals to construct a new high-rise development within Brooklyn’s Borough Hall Skyscraper Historic District. The building was formerly referred to as 192 Montague Street, but has been presented to the commission on the second try as 200 Montague Street. 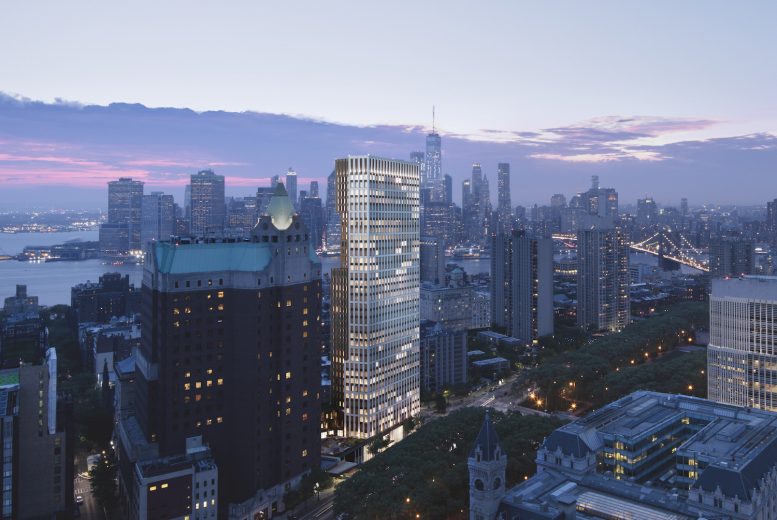 One Clinton Street aka 280 Cadman Plaza West recently topped out at 36 stories over Brooklyn Heights. The mixed-use residential building is being designed by Marvel Architects and developed by Hudson Companies. The 295,000-square-foot project will include 134 residential units and One Clinton Street Library, a new public library that is replacing the former Brooklyn Heights Library. The tower is situated on a triangular-shaped plot at the confluence of Clinton Street, Tillary Street, and Cadman Plaza West. At 409 feet, it is currently the tallest structure in the neighborhood.