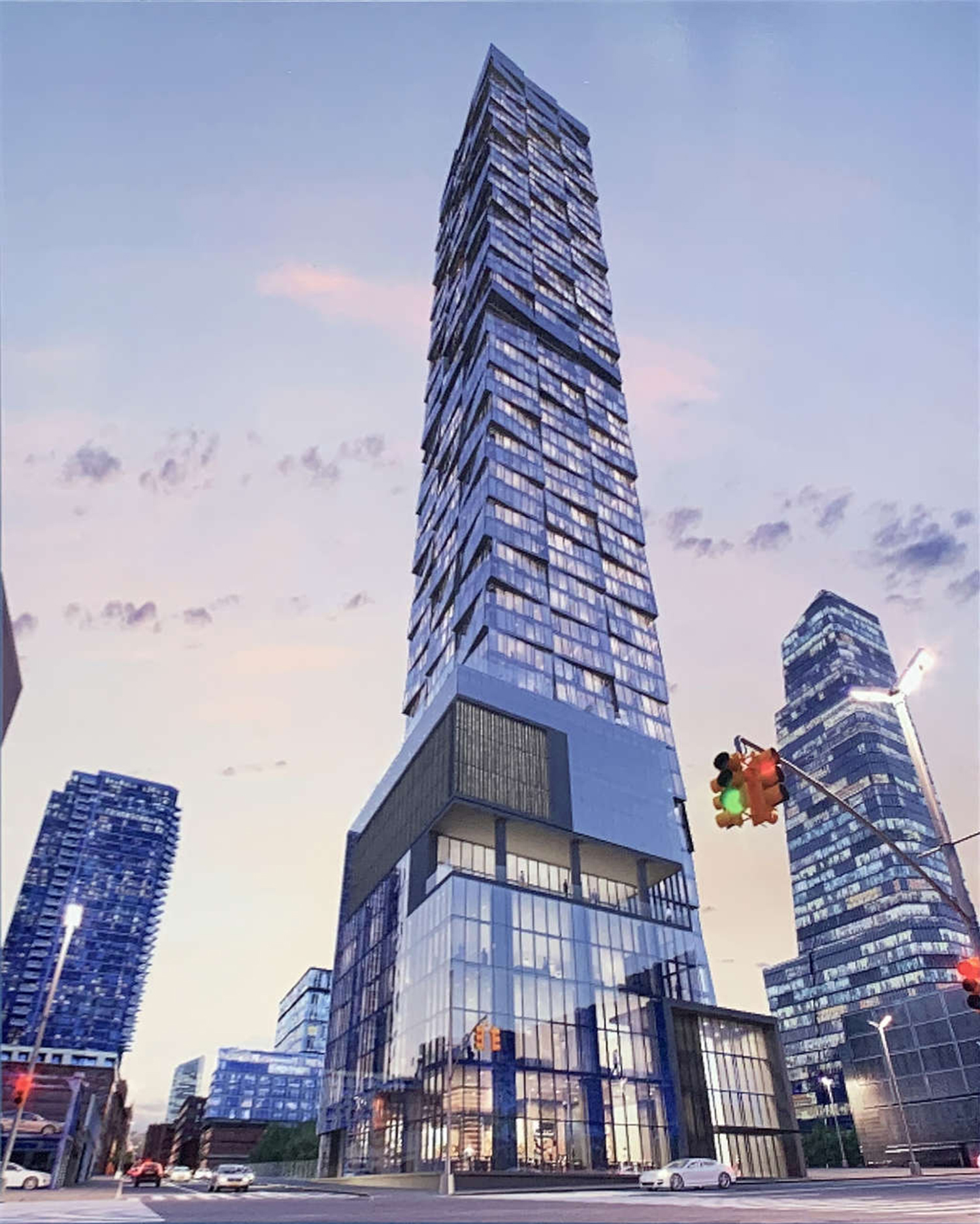 Construction has topped out on 450 Eleventh Avenue, a 51-story Aloft Hotel in Hudson Yards. Designed by DSM Design Group and developed by Marx Development Group, the 642-foot-tall skyscraper will yield 379 guest rooms as well as a business center, a ballroom, and a fourth-floor restaurant and bar with an outdoor terrace. Atria Builders LLC is the general contractor for the Midtown, Manhattan property, which is located at the corner of West 37th Street and Eleventh Avenue, directly across from the Jacob K. Javits Center. Construction is expected to cost around $368 million.

Kushner Real Estate Group has completed phase two of Bay 151, a new rental property in Bayonne, New Jersey, where leasing is now underway. This phase of leasing introduces an additional 213 rentals to the residential community and an expansion of available amenity spaces. 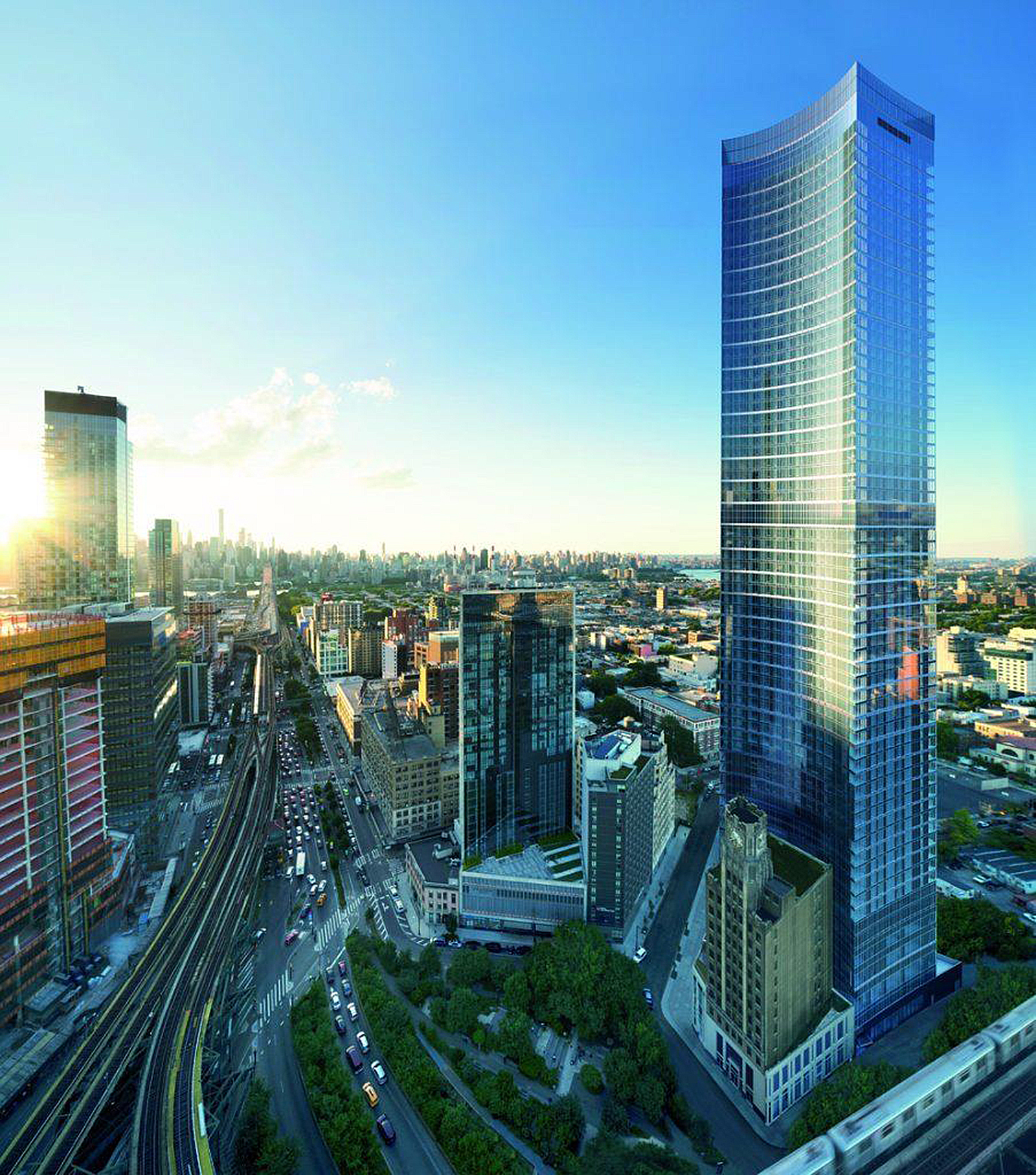 Construction is now complete on Sven, a 762-foot-tall skyscraper at 29-37 41st Avenue in Long Island City, Queens. Also known as Queens Plaza Park, the 67-story tower is designed by Handel Architects for The Durst Organization and will yield a total of 958 rental units with interiors designed by Selldorf Architects. Three hundred units are set aside as affordable housing. Hunter Roberts is the general contractor and Jaros, Baum & Bolles Engineering administered the mechanical systems for the project, which is bound by Northern Boulevard to the east, Queens Plaza North and Dutch Kills Green to the south, and 41st Avenue to the west. 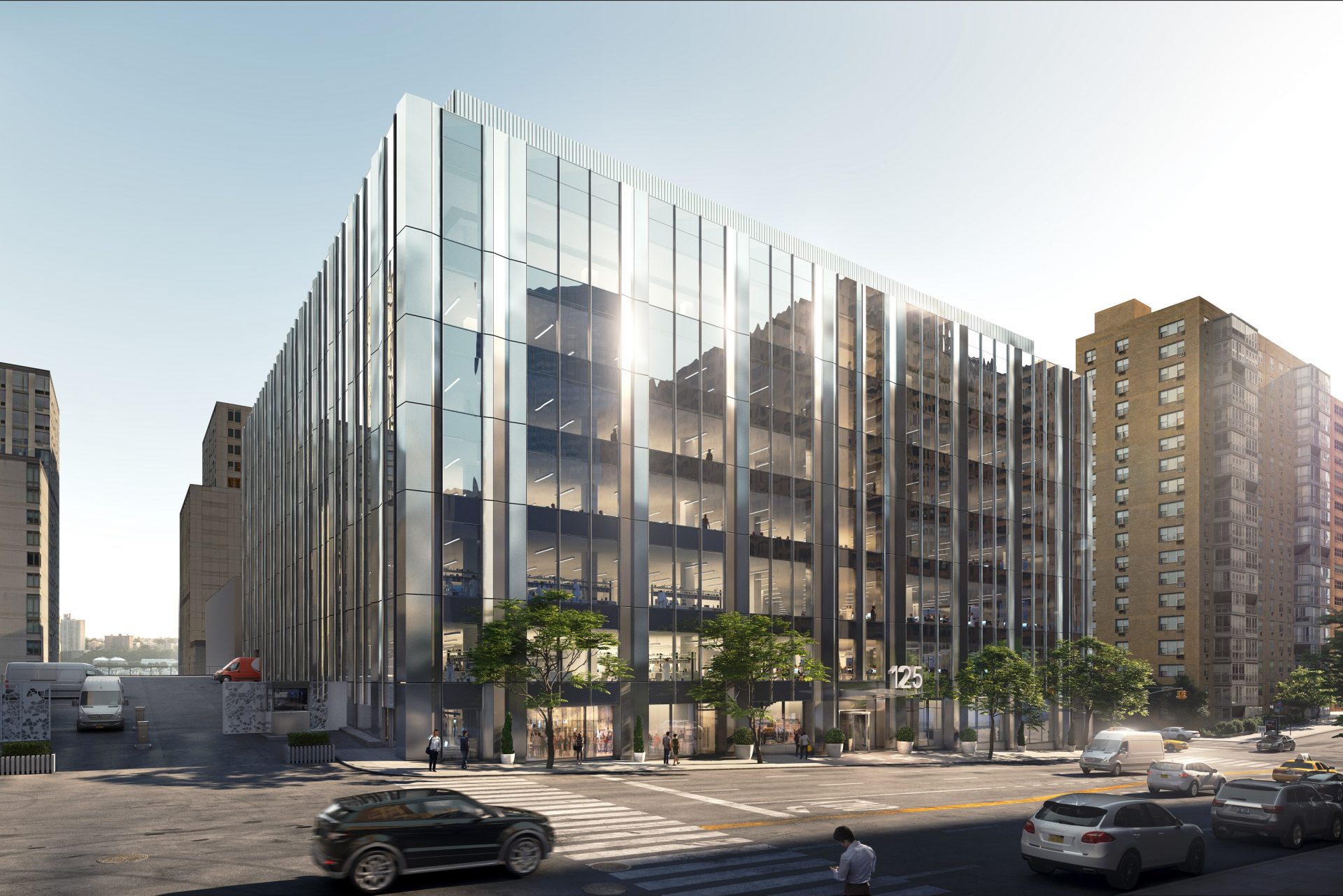 Work is progressing on 125 West End Avenue, a conversion of an eight-story building into a 400,000-square-foot, state-of-the-art life sciences and research laboratory on Manhattan’s Upper West Side. Designed by Taconic Partners and Perkins+Will, the project involves interior renovations and the installation of a glass curtain wall. 125 West End Avenue was home to the Walt Disney/ABC broadcasting company since 1985, but had sat vacant since January. The structure was originally built as an automotive facility by Chrysler Motor Company and at one point was owned by the New York Times. Taconic and Nuveen Real Estate paid $230 million for the property in late 2019. CBRE is in charge of marketing and leasing the commercial office space, and JRM Construction Management, LLC is the general contractor for the project, which sits at the corner of West 66th Street and West End Avenue, a very short walk to Riverside Park South to the west.

Permits have been filed for a 17-story mixed-use building at 1393 York Avenue on the Upper East Side of Manhattan. Located at the northwest corner of 74th Street and York Avenue, the lot is near the 72nd Street subway station, serviced by the Q train. Weill Cornell Medical College is listed as the owner behind the applications, after purchasing the property for $68 million from the Church of the Epiphany. The new development will hold student residences, student common centers, a fitness center, and support spaces.