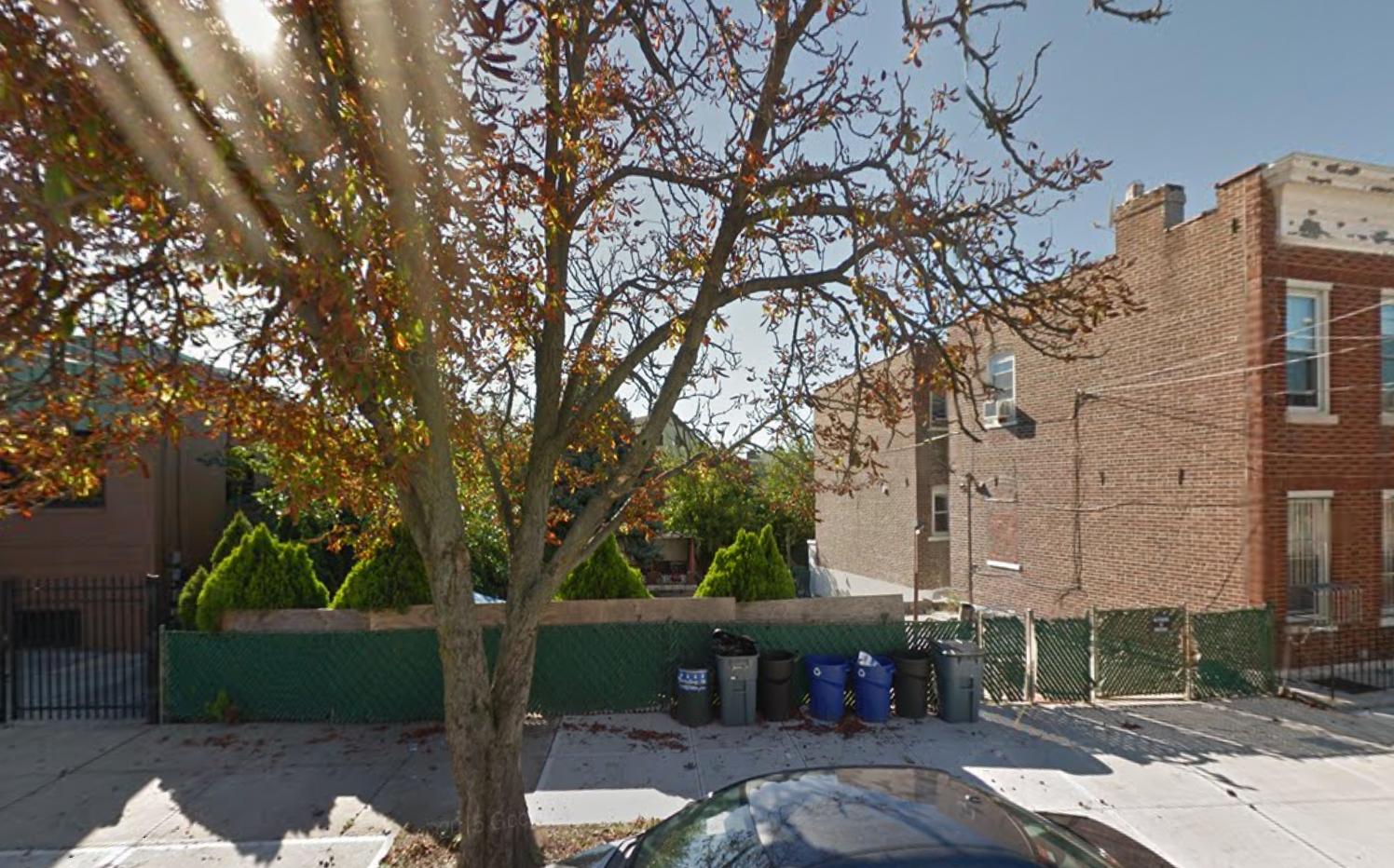 Flushing-based property owner Chunhui Lin has filed applications for two three-story, two-family residential buildings at 55-40 – 55-40A 66th Street, in Maspeth, located directly north of the Long Island Expressway. Each will measure 2,423 square feet. Both will feature the same general unit configuration, with one unit located on the ground floor and the second unit hosted on the second and third floors. Across both, the apartments should average 908.5 square feet apiece. Each structure will have its own laundry facilities and a single off-street parking spot. Flushing-based Zheng & Associates is the applicant of record. The 50-foot-wide plot of land is currently vacant. Filings were previously submitted for a similar project in 2014, but were withdrawn. 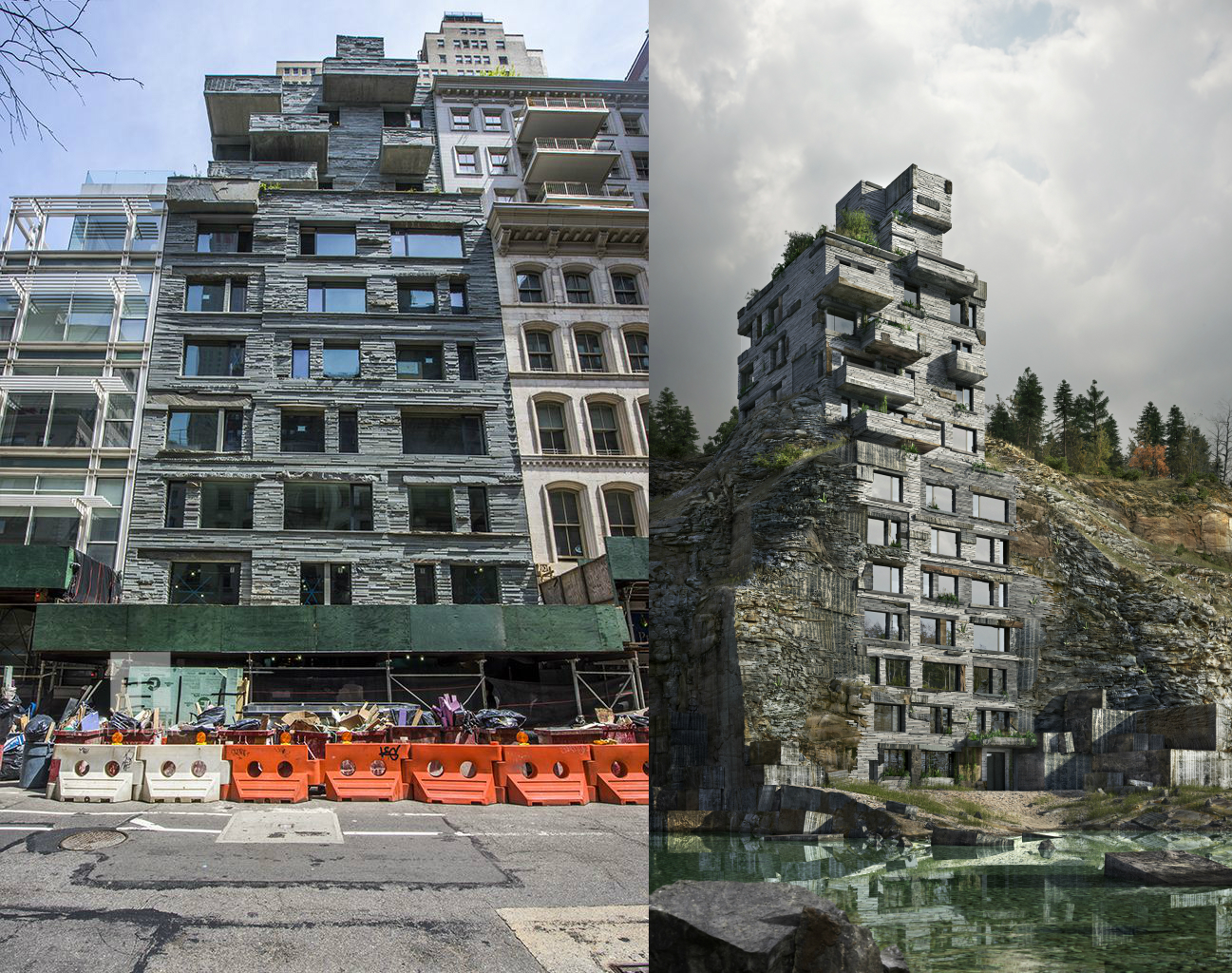 Back in August of 2015, YIMBY revealed renderings of the 12-story, 13-unit residential project at 12 Warren Street, in TriBeCa. Construction on the exterior of the building, which goes by 12 Warren, is wrapping up, with the façade of the structure now fully installed, Curbed NY reported. The project is technically an expansion of the site’s five-story commercial predecessor but now boasts 55,447 square feet of residential space. The residential units, which are condominiums, should average a very spacious 4,265 square feet apiece. Amenities include a fitness center, private residential storage units, a recreational room in the cellar, and an open terrace on the rooftop. DDG is both developing and designing the project, while H. Thomas O’Hara’s Midtown-based HTO Architect is serving as the architect of record. Occupancy is expected later this year. 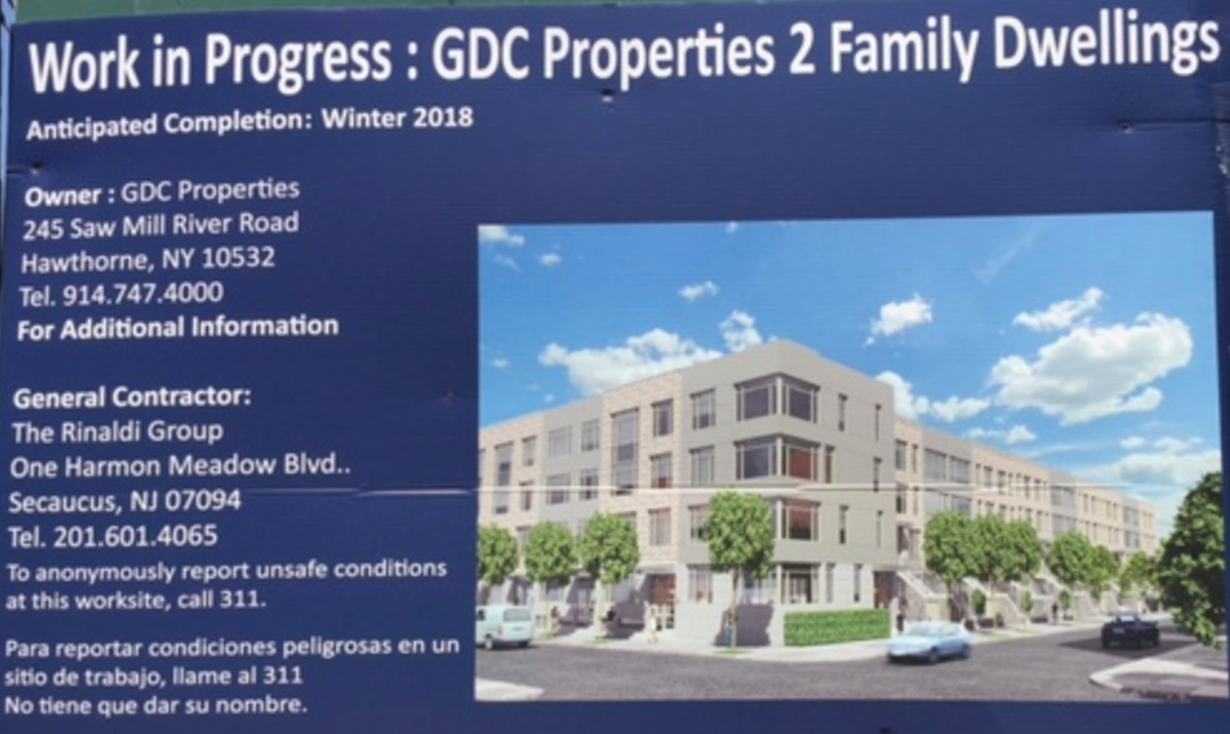 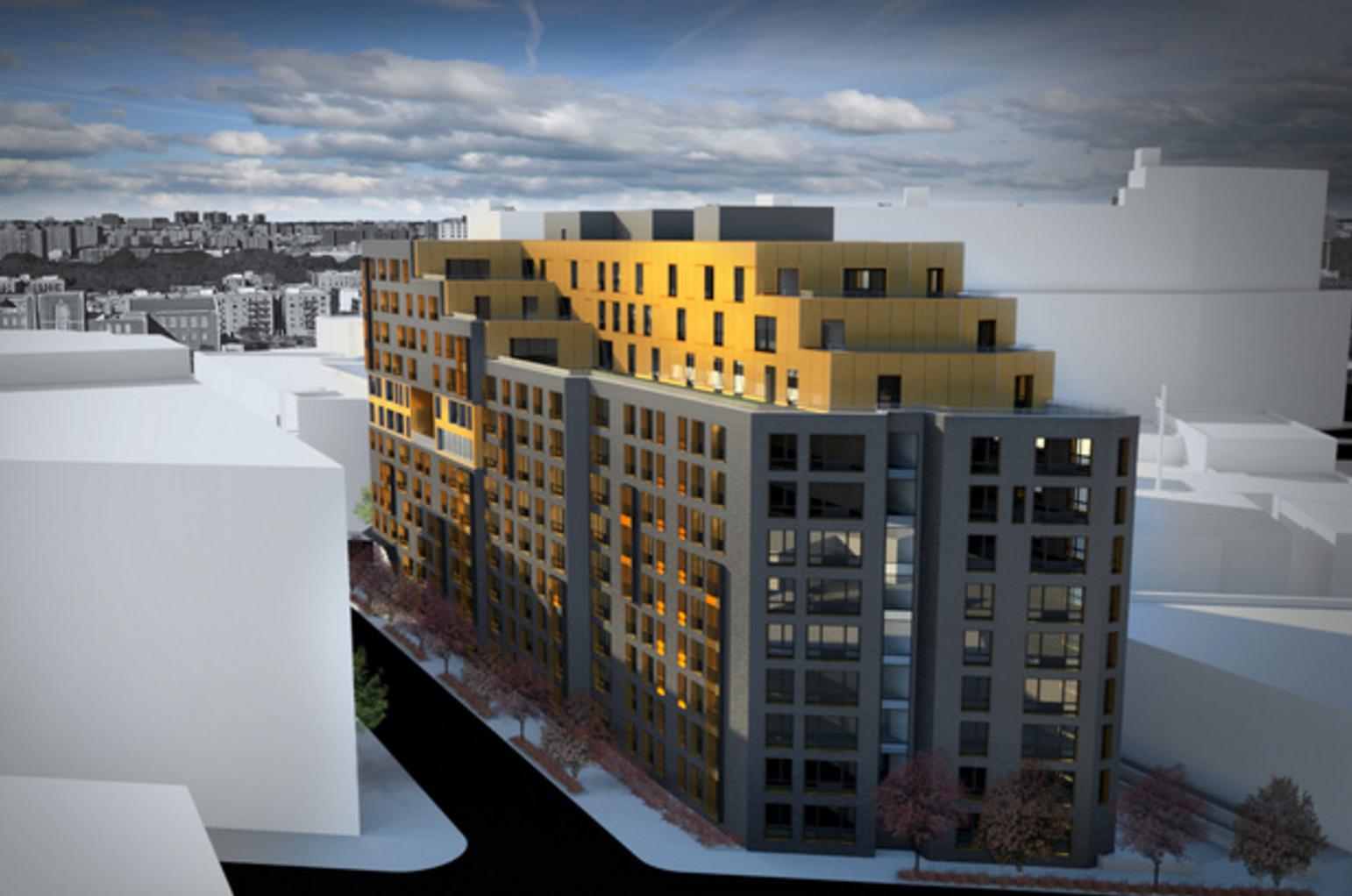 Back in December of 2014, YIMBY reported on applications for a nine-story, 94-key hotel at 860 East 147th Street, in eastern Mott Haven, located two blocks from the East 149th Street stop on the 6 train. Now, Radson Development is proposing to develop a 12-story, 165-unit all-affordable residential project at 860-880 East 147th Street, DNAinfo reported. The developer is currently taking the 170,000-square-foot project, which requires an individual rezoning, through the city’s Uniform Land Use Review Procedure (ULURP). It recently received approval from Bronx Community Board 1 under certain conditions, including that the property at 860 East 147th Street, where the owner filed plans for a hotel, is to be excluded from the rezoning. If approved, the new building, dubbed Dr. Martin Luther King Jr. Plaza, would rent all its units, which would be rental apartments ranging from studio to three-bedrooms, to extremely low- and low-income households. Amenities include a community room, laundry facilities, and rooftop terraces. Magnusson Architecture and Planning (MAP) is designing. Construction is tentatively scheduled to begin in early 2017 and be completed in late 2018. Five two- and three-story townhouses must first be demolished. 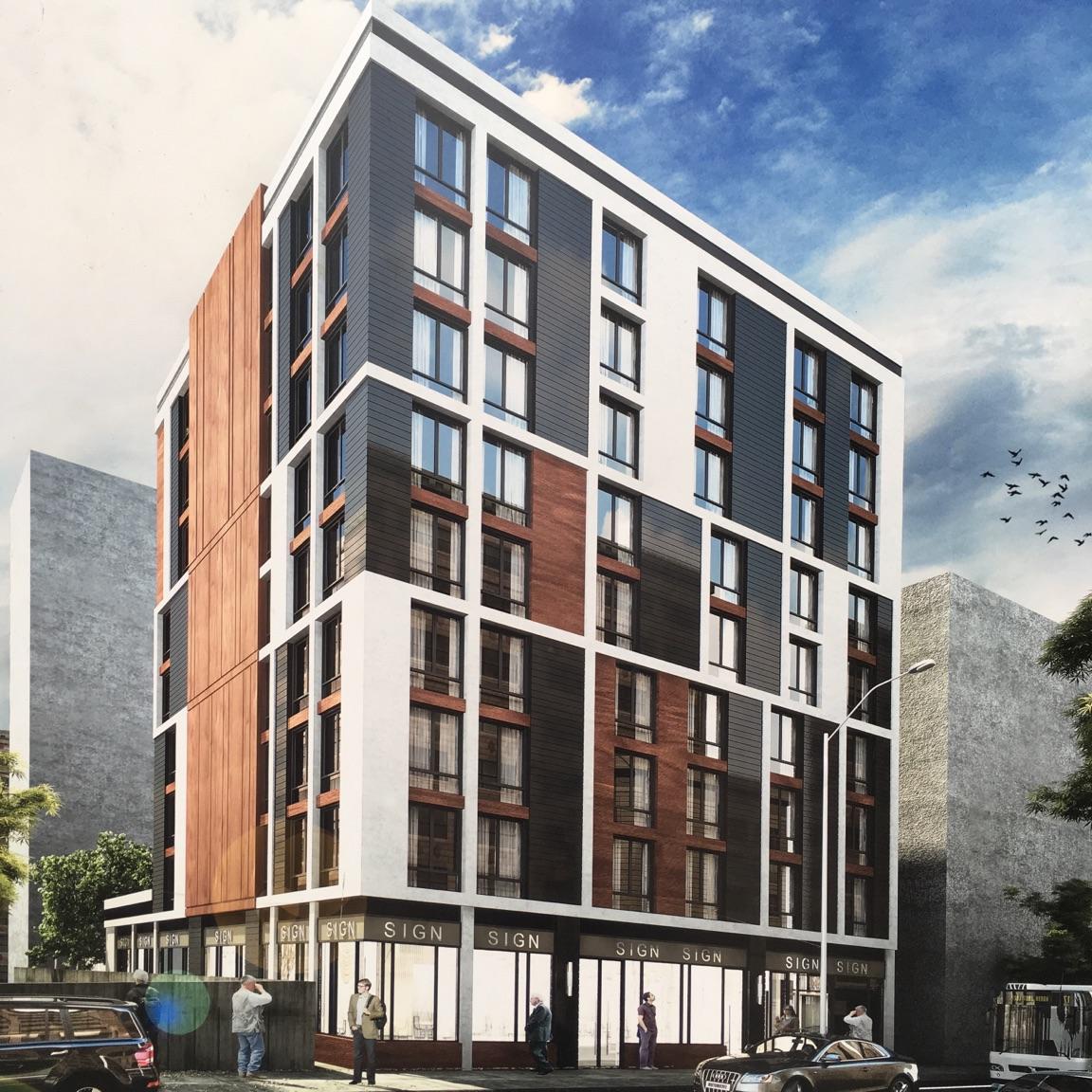 The Port Authority has been struggling for years to develop two awkward lots next to the Lincoln Tunnel approach on the far West Side. The agency filed plans for a nine-story building at 431 West 33rd Street last fall, and now they’ve posted a rendering on the fence at the site between Ninth and 10th avenues.