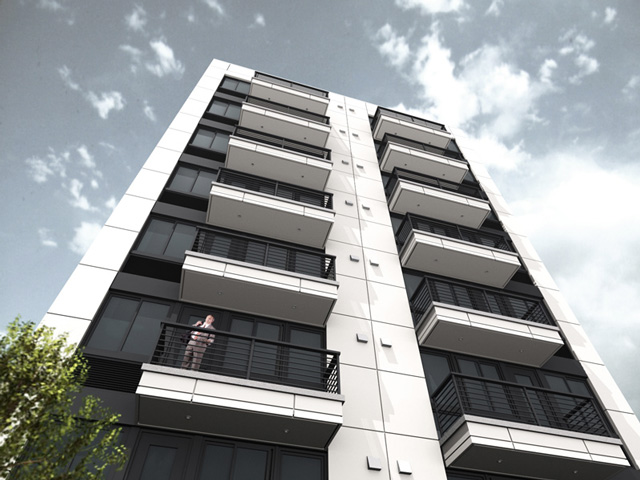 24-12 42nd Road [The Court Square Blog]: The site of a planned eight-story and 36-unit mixed-use building — at 24-12 42nd Road, in Long Island City — has been completely cleared of buildings and demolition debris; excavation is imminent for The Ampiera Group’s roughly 34,000 square-foot structure, which will include 4,328 square feet of commercial space.

115 King Street [The Real Deal]: Sanba Partners “plans to break ground at the end of the year” on a 22-townhouse development spanning through the block at 115 King Street, in Red Hook. A single-story warehouse structure had to be demolished, and the developer expects to deliver for the Spring of 2016.

West Windsor Development [Times of Trenton]: Slightly withdrawn from the urbanized area of the New York City Metro, Boston Properties plans to build a 120,500 square-foot office building in Carnegie Center, of West Windsor, New Jersey; the $40 million project is expected to complete by 2016, and “state-of-the-art [design] ideas” are currently being proposed.

Morris Township Development [Morris NewsBee]: In the area of Morristown, New Jersey, the Planning Board approved Rockefeller Group Development’s plans for 235 townhouses, in addition to 715,000 square feet of office space, at the Honeywell International complex.

360 3rd Avenue [Brooklyn Daily Eagle]: The landmarked but abandoned two-story structure at 360 3rd Avenue, in Gowanus, is currently receiving restoration and a new façade made of imitation stone (concrete pre-cast); Whole Foods is funding the restoration.

559 West 23rd Street [Curbed]: Interior renderings have surfaced for a 13-story and eight-unit residential building now rising at 559 West 23rd Street, in West Chelsea; dubbed 559 W 23, exteriors have yet to be revealed, though completion is expected in the spring of 2015.

42 West Street [Brownstoner]: A five-story and 65,000 square-foot factory building — at 42 West Street, in Greenpoint — is nearing completion of its commercial conversion; retail will occupy the ground-floor, while upper levels will serve other commercial purposes; Nicholas Scire-Chianetta, of NSC, is designing.