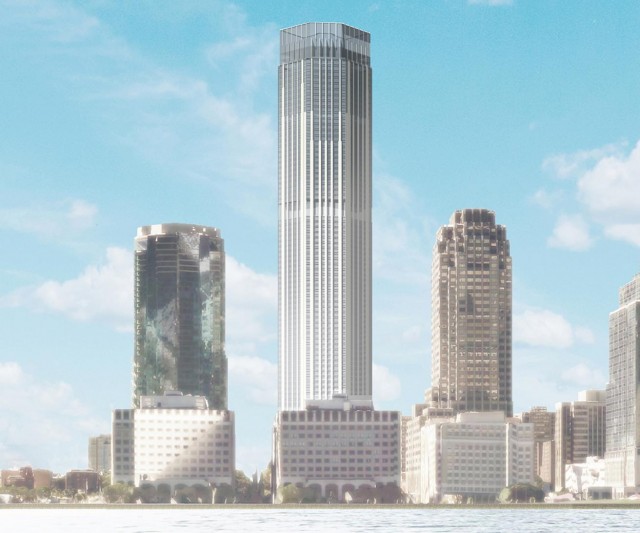 LaGuardia AirTrain [New York Times]: Governor Cuomo has proposed a 1.5-mile, $450 million AirTrain to transverse the Grand Central Parkway, in East Elmhurst and North Corona, connecting LaGuardia Airport to the 7 line. “A couple of months [of designing]” are ahead, and “the train could be operational within five years.” 100 Willoughby Street [Brownstoner]: Set to rise 57 floors, 100 Willoughby Street, in Downtown Brooklyn, has risen “about 35 stories so far,” with façade quickly rising on lower levels. The building will eventually house 861 apartment units, and completion is expected by 2016.