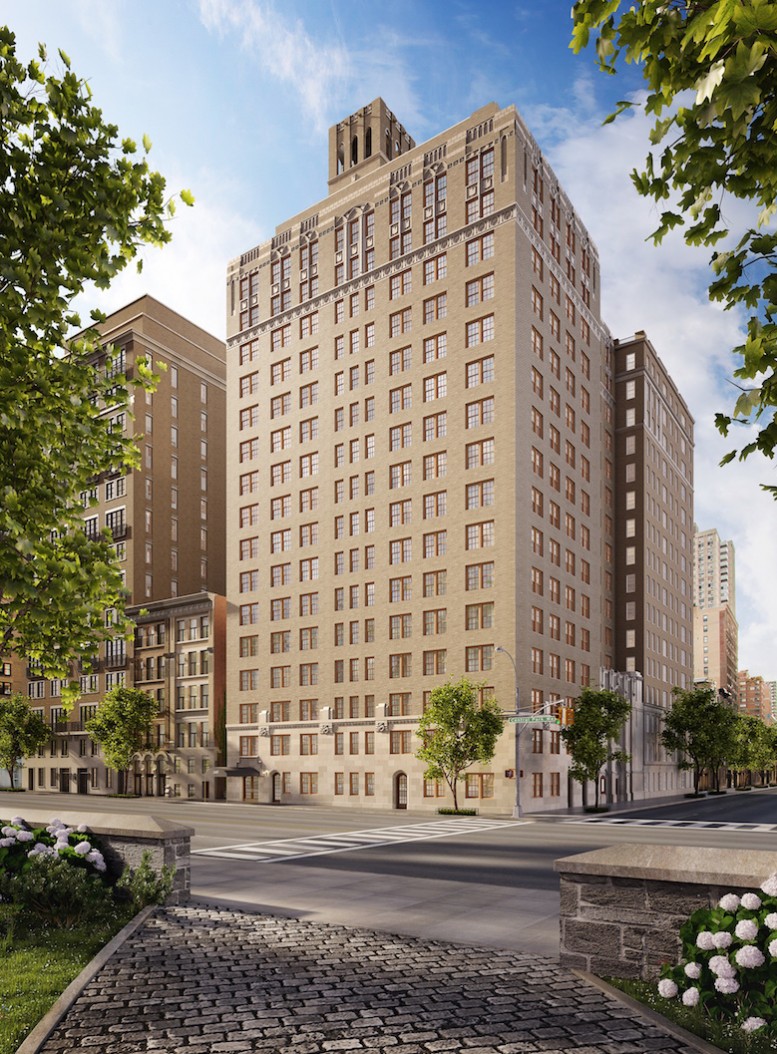 Developer Argo Real Estate is moving forward with plans to convert the tony 16-story rental building at 360 Central Park West into luxury condos, and YIMBY has a rendering and a few details on their plans. CetraRuddy Architects will craft the interiors for the revamped 146-unit building, which will sport a mix of one to four-bedrooms, according to the project’s new teaser site.

Designed by Rosario Candela, the high-rise at the southern corner of Central Park West and 96th Street was originally built in 1929 to replace the then-25-year-old Second Presbyterian Church. While the 1893 Romanesque building was demolished, the church has lived on in the building’s ground floor, occupying a sanctuary and classroom space that faces West 96th Street.

Work has begun after a slew of alteration permits were filed with the DOB last fall, requesting permission to combine several apartments and install new plumbing and HVAC throughout the building. The attorney general hasn’t approved the development’s offering plan yet, so the developer can’t reveal the specific number of condos.

Meanwhile, Argo has settled their legal fight with the property’s rent-stabilized tenants. Court filings from 2013 claim the building has 44 rent-stabilized units and 10 rent-controlled ones, but the developer argued 20 of those apartments should be market-rate, The Real Deal reported last year. Sources tell us the case has been “resolved amicably.”

And across the street, the beautiful First Church of Christ just won Landmarks approval for its controversial condo conversion, which will be designed by Gerner Kronick + Valcarcel.