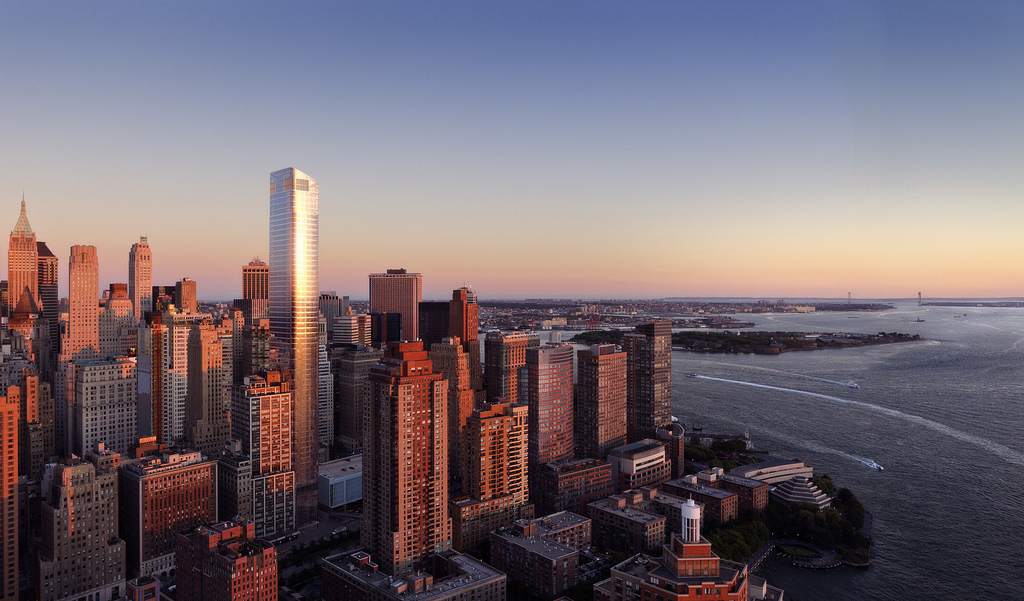 The long-stalled 50 West Street is about to begin rising, as construction equipment has appeared, and excavation has finally resumed. Designed by Helmut Jahn, the tower was put on-hold during the financial crisis, and its appearance has undergone several minor revisions since the initial iteration was proposed.

In this case, the wait was a good thing, as the revamped tower now has storm-resistant capabilities; the original tower would have been flooded extensively during Hurricane Sandy. With the re-configuration of the floor plan, 50 West Street can now withstand a similar event, as mechanicals will be located well above the ground floor. Per The Real Deal, the developer is Francis Greenburger of Time Equities.

50 West Street will stand over 700 feet tall, and rise 63 floors. While it won’t be the tallest of Downtown’s residential towers, it will be perched on the West Side Highway, and units will enjoy relatively unobstructed views. Completion is slated for 2016.