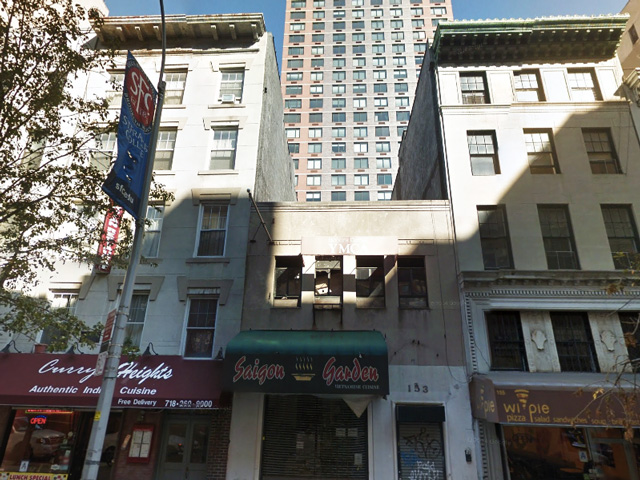 The first DOB filings are up for a new mixed-use building at 153 Remsen Street, in Brooklyn Heights; The Brooklyn Eagle reported on the site’s potential in March, when the building’s height was announced. Quinlan Development Group and Lonicera Partners are behind the project, and Perkins Eastman is the architect of record.

153 Remsen Street will stand 19 stories and 185 feet to its pinnacle, indicating ceiling heights will be on the low end for typical new construction; Brooklyn Heights and its surrounds would typically merit condominium developments, but given the information in the DOB filings, rentals would seem more likely. While floor-plans may be flexible, ceilings heights are another story.

Perkins Eastman has several major projects in the works in both Brooklyn and Queens, and the firm’s recent buildings are significantly more attractive than average — so while the ceilings at 153 Remsen may be rather low, the overall product is likely to come out above-par in terms of appearance. No completion date has been announced, but demolition permits for the site’s existing two-story building were filed in February, and construction of the new tower is likely imminent.