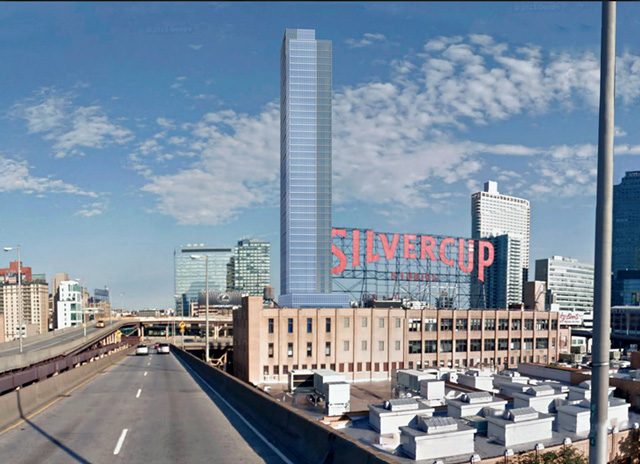 284 Wadsworth Avenue [Curbed]: Under development by HAP Investments, and designed by Design AIDD, a six-story and 10-unit residential building — located at 284 Wadsworth Avenue, in Washington Heights — has received renderings and is now being dubbed HAP 4.1. An existing three-story structure was approved for demolition in May, and with applications filed for the new building last month, completion can be expected in 2015.

281 5th Avenue [Commercial Observer]: Victor Homes has recently acquired multiple tenement buildings at 273 and 275 5th Avenue, in NoMad, for $35 million; the developer also owns Nos. 279 and 281, and “plans to “combine them in some manner’ and erect “a residential condo project.'” 263 Bedford Avenue [Brownstoner]: A six-story and 14-unit residential and retail building under construction at 263 Bedford Avenue in Wiliamsburg has topped out, with red-brick façade installation imminent. Jung Wor Chin is designing, and completion is expected early next year.

54-27 Myrtle Avenue [Wyckoff Heights]: Permits are up for the demolition of three single-story warehouse structures spanning 3-36 – 3-50 St. Nicholas Avenue and 54-27 Myrtle Avenue, in Ridgewood. AB Capstone is the developer, and the site allows “a residential building as large as 13 stories and 82,000 square feet, or a commercial or mixed-use building up to 115,000 square feet.”