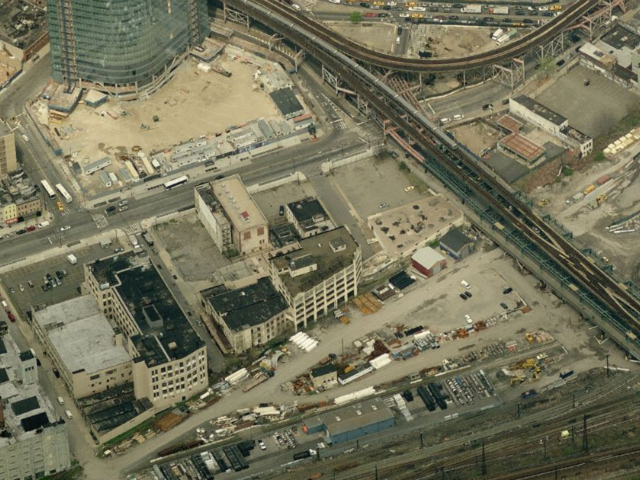 In June, Crain’s reported that Tishman Speyer and Toronto-based H&R Real Estate Investment Trust were teaming up to build three apartment towers in Long Island City, with a grand total of 1,600 rental units.

Now, permits have been filed for the mega-development, and it’s gotten a bit bigger: 1,789 apartments will now be included across the complex, which takes up two blocks bounded by Jackson Avenue, Orchard Street, Sunnyside Yards, and Queens Boulevard.

The three-tower project will cost $875 million to build, including the cost of land, according to Crain’s. They reported that a 42-story tower would be the first to rise, in 2015, and be completed by 2017 – presumably referring to 28-34 Jackson Avenue, which is marked on the permit application as having 44 stories.

Goldstein Hill & West is listed as the architect on the permit application.