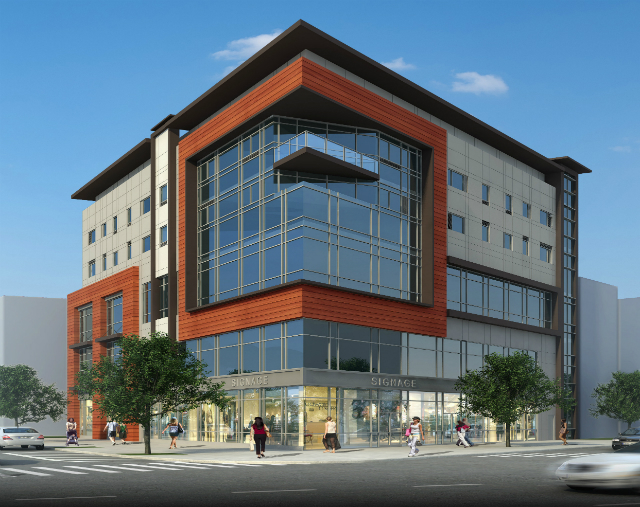 Sunnyside, a close-in neighborhood in western Queens around the 7 train, is becoming increasingly desirable, but developers looking for buildable sites won’t find many. The neighborhood is largely either built out or zoned out, with the juicy industrial parcels on the western end not zoned for residential use, and the residential eastern end largely developed.

But for those willing to tear down a few buildings, the area’s commercial thoroughfares still offer a few development opportunities.

Meir Babaev’s AB Capstone found one such site at 47-16 Greenpoint Avenue, at the intersection of Greenpoint and 48th Street, just south of where the 7 train veers off of Queens Boulevard northward to Roosevelt Avenue.

There, the developer is planning to raze a slew of two-story walkups, with apartments over stores, and replace them with a taller, four-story mixed-use project, according to an application submitted to the Department of Buildings earlier today. Though the building would only be four stories tall, it gives off the appearance of a larger structure, and would rise 60 feet into the air.

The first floor would contain nearly 6,400 square feet of retail space, with 6,200 square feet of as-of-yet undetermined community facility space – though medical offices are always popular – on the second floor.

Rental apartments would sit on the third and fourth floors, with five on each floor spread over a total of nearly 7,800 square feet of residential space, for units that will average 780 square feet.

Livingston, N.J.-based Jarmel Kizel Architects will be responsible for design.

AB Capstone is looking to break ground at the end of the summer, the developer told YIMBY, with an 18-month construction timeframe.