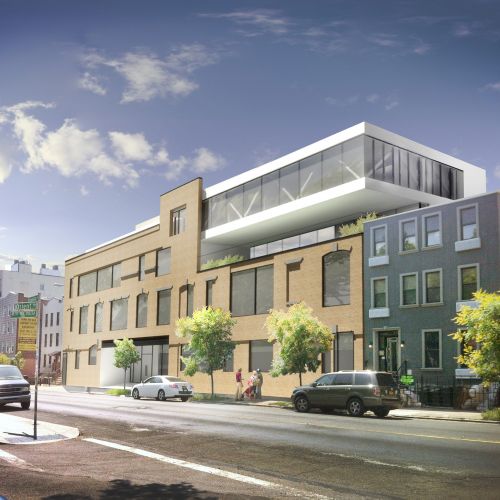 When industrial buildings are redeveloped into housing, the normal course of action is to raze the old structure and erect a new one. But when the old building has a layout conducive to residential conversion and property values are high enough to support the expense of working with the existing bricks, the result can be some of the city’s more interesting architecture.

Hopefully that will be the case at 850 Metropolitan Avenue, a project under development in East Williamsburg.

There, just to the east of Bushwick Avenue, Boaz Gilad is planning a conversion of an old three-story milk factory building into a four stories of apartments (“It’s got a great industrial feel,” Gilad said when he bought the property), with 34 units carved out of the existing shell and a glassy modern addition on top.

The apartments will be spread across 27,500 square feet of floorspace (technically less than the 31,000 net square feet that are there now, making the property overbuilt according to zoning, though the permit lists an additional construction area of over 9,000 square feet). This works out to an average unit size of just 810 square feet – a size generally suited to rentals, though condos are certainly also viable given the white hot market.

Feingold & Gregory Architects filed for the building permit, though we believe that Ran Oron’s RoArt may be the design architect.

Gilad picked up the property last year for $9.35 million, which works out to a whopping $340 per buildable square foot.