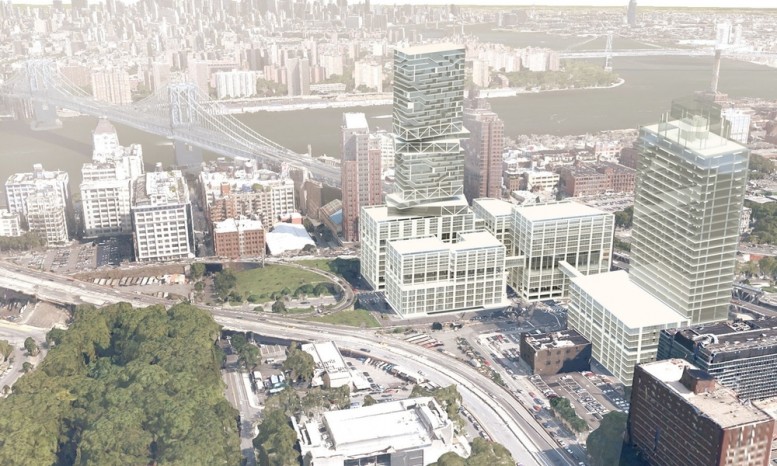 Kushner Companies and RFR Realty are teaming up with Ian Schrager to develop a Public Hotel at the six-building Dumbo Heights redevelopment, in Dumbo, according to the New York Post. At 90 Sands Street, the 30-story, 508-room Jehovah’s Witness residential hotel could to be transformed into a nearly 600-key hotel, with up to 100,000 square feet of amenity and meeting space.

Developers expect to have the building in their hands by 2017. The other mid-rise interconnected buildings to the north are being converted into office and retail space; LIVWRK and Invesco are also involved in the larger redevelopment.