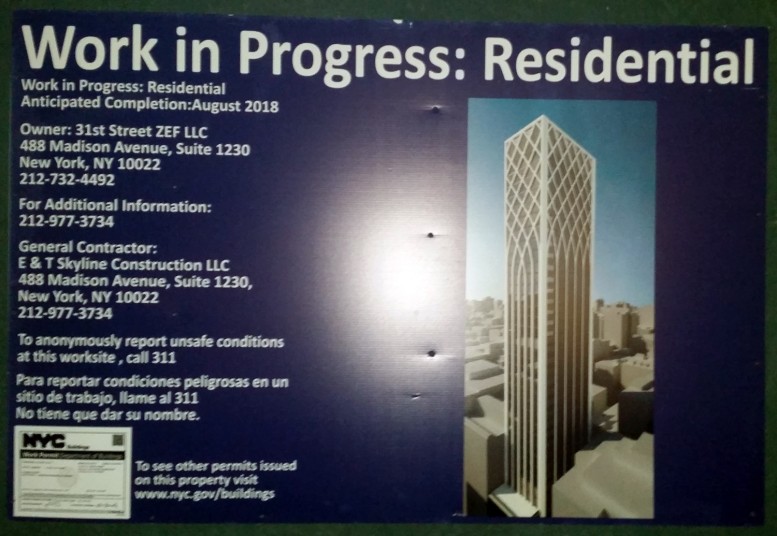 Filings with the DOB reveal a total scope of 71,500 square feet, which is relatively small for a building of 40 floors. That will translate into 38 units altogether, which will be condominiums. Evidently there will be an abundance of full-floor configurations, though the overall average unit will be just shy of 1,900 square feet.

The site was formerly home to the Madison Avenue Baptist Church’s Parish House, built in 1906. Like many other church-owned properties in the vicinity, these plots are some of the last viable development sites in the neighborhood.

While it’s unfortunate that the facade of the old building could not have been saved and translated into the base of the new structure, the Adjmi-designed tower will be a superior replacement. Most of the new towers in the vicinity tend towards simple and glassy, but 30 East 31st Street will depart noticeably from the pack. It will feature ribbons of white cladding that wrap their way into a lattice-like pattern over the upper floors, successfully translating Moorish inspiration into contemporary architecture.

Ekstein acquired the property for $15.6 million in June of 2014 per the Commercial Observer, and at that time, the new project was expected to sell for $90 million in total. Pinnacle Real Estate will also be partnering on the development.

Demolition of the old building is already finished, and signage indicates completion is anticipated by August of 2018.