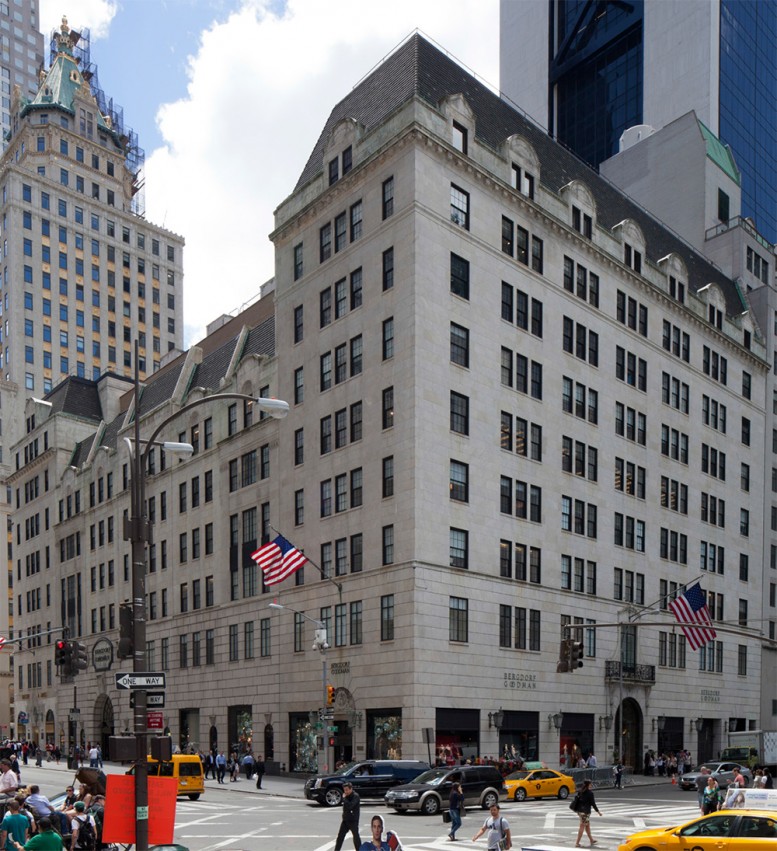 The future of the Bergdorf Goodman department store was one of the subjects of a contentious public hearing at the Landmarks Preservation Commission on Thursday. The commission is in the process of dealing with its 95-item backlog and held the first day of public hearings for properties in Manhattan (the second and final hearing is November 12). Not surprisingly, the battle pitted preservationists against the building’s owner.

To be clear, this is the Bergdorf Goodman headquarters building at 754 Fifth Avenue, not the men’s shop directly across the avenue. According to the LPC, it was constructed in the Modern Classicist style by the firm of Buchman & Kahn between 1927 and 1928. The store is the original tenant.

What’s the big deal? Well, that answer is two-fold. It’s a fine culturally and aesthetically interesting building, for one. It’s also a pretty fine piece of Midtown real estate.

It has been 45 years since the matter was last heard by the commission. Public hearings were held on June 23, 1970 and July 21, 1970. That means it has been sitting on the LPC’s calendar for all that time.

Linda Fargo, senior vice president of fashion for Bergdorf Goodman, testified against designation. Zachary Bernstein, land use attorney for the store, said designation would “freeze in place” the building and stymie any changes necessary going forward. Retailers in landmark buildings or historic districts often go before the LPC seeking a “certificate of appropriateness,” sometimes just to change a window.

Tim Witzig of PKSB Architects also joined in the opposition to designation.

Supporting designation were the Historic Districts Council, the New York Landmarks Conservancy, and Community Board 5. Christabel Gough of the Society for the Architecture of the City said that if buildings like Bergdorf Goodman go unprotected, “New York will become a very different place.”

Preservation activist Michael Henry Adams of the group Save Harlem Now supported designation, but took a rather unusual way of doing it. The following is not the result of multiple copy and paste errors. Adams compared the Landmarks Preservation Commission to Germany.

Adams argued that given the shameful actions in Germany’s past, it would be reasonable to ask it to bail out any current European nation that declares bankruptcy. By that token, because of the buildings the LPC failed to save, it should designate even more now.