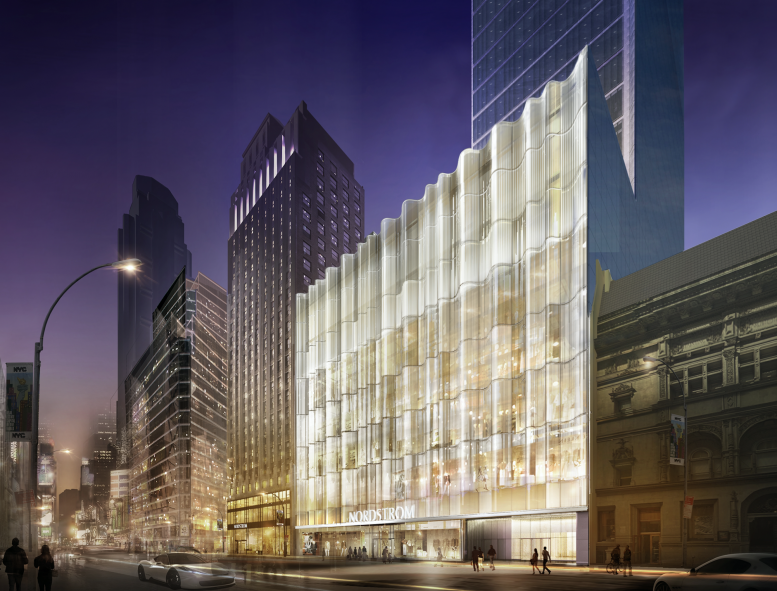 As seen in the renderings, Nordstrom will also build out their presence on multiple floors of the existing neighboring pre-war structures. Their entire retail footprint will seamlessly connect between the new and the old. James Carpenter Design Associates is responsible for designing the wavy glass that will clad Nordstrom Tower’s seven-story base. The new store is expected to open in 2019, along with the tower’s 182 condominium units to be built above. Adrian Smith + Gordon Gill Architecture is the design architect.