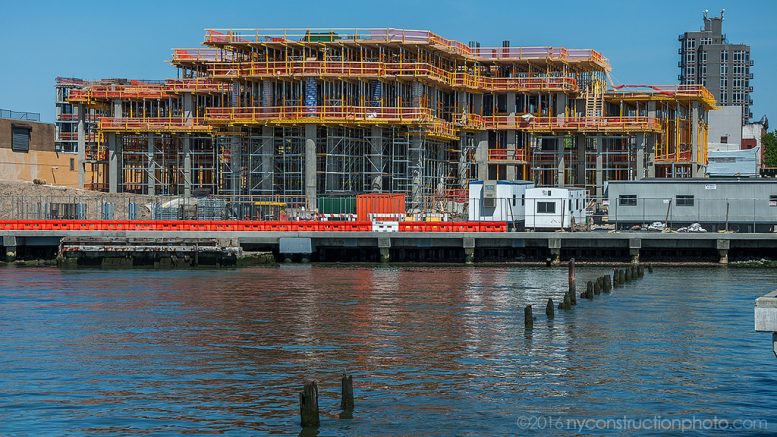 19 India Street in foreground — 10 Huron in background. Photo by NyConstructionPhoto

Amenities include a 355-car parking garage across the cellar, ground, and second floors, storage rooms for 324 bikes, private residential storage, a fitness center, outdoor terraces on the third floor, a children’s playroom, office space, a library, laundry facilities, and a waterfront promenade. Mack Real Estate Group and Palin Enterprises are the developers, while Ismael Leyva Architects is the architect. Completion can probably be expected in late 2017 or early 2018.