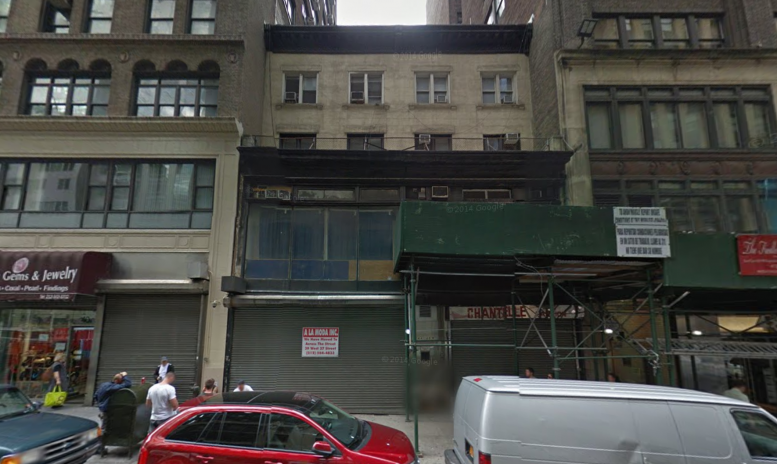 New building applications filed earlier today call for a 203-foot-tall structure on the site between Fifth and Sixth avenues, three blocks away from both Bryant Park and Herald Square. The 43,200-square-foot building would hold close to 39,000 square feet of office and retail space.

A restaurant would occupy the cellar, first floor, and an upper mezzanine level, followed by offices the remaining 14 stories.

Sources told TRD that the Garment District-based firm expects to attract tech companies, showrooms, and a restaurant for the ground floor. They expect to charge “in the mid-$60s per square foot” for rent in the building, which would be a valuable addition to Garment District’s aging building stock.

This lot, like much of the Garment District, is zoned for manufacturing and commercial uses. Much of the new construction that happens in the neighborhood is budget hotels, but YIMBY is excited to see that investors now want to build new office buildings in the area, which is transit-rich. Future office workers here will be able to take almost any subway line they want, because Grand Central Terminal, Herald Square, and Times Square are all within a 10 or 12 minute walk of the site.