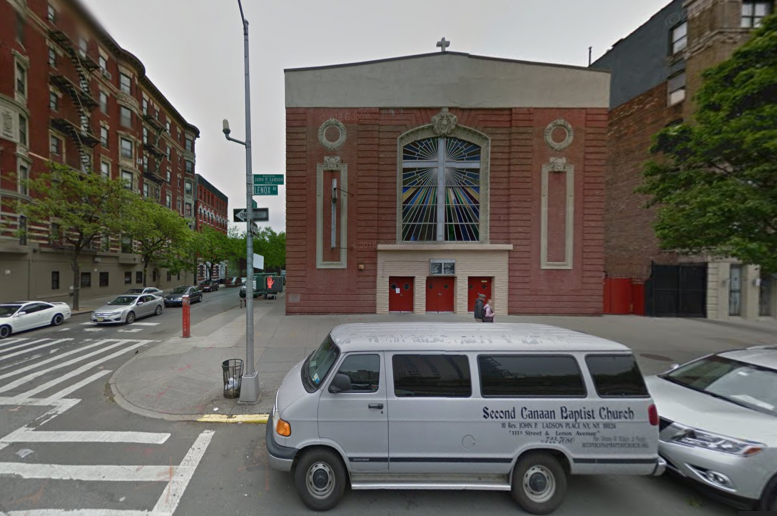 After half a century on Lenox Avenue just north of Central Park in Harlem, the Second Canaan Baptist Church will meet the wrecking ball to make way for a new apartment building.

The church has partnered with Bushwick-based developer Level One Holdings to develop an eight-story condo project on the site at 10 Lenox Avenue (also known as Malcolm X Boulevard). The Baptist congregation moved into the old building at the corner of 111th Street in 1956, and they struck a deal to lease it to Level One in July 2016.

The church will occupy 11,000 square feet on the first two floors of the new building, and 27 condos will follow. They’ll be spread across 28,544 square feet of residential space, for a typical unit measuring just over 1,057 square feet. The congregation will get two floors for a church sanctuary, a kitchen in the cellar, and offices on the second floor, and five apartments and recreation space will fill the third floor. The next four stories will hold four to six units apiece, topped by just two apartments on the top floor.

Issac and Stern will be responsible for the design of the project.

The church’s three-story brick building appears to be quite old. Public records indicate it was constructed sometime around the turn of the century, but we haven’t been able to figure out the structure’s original purpose. It may have been built to house a church, a theater, or a synagogue. Many of Harlem’s historic black churches started out as synagogues, harkening back to the early years of the 20th century, when Jewish immigrants migrated uptown from crowded tenements on the Lower East Side.

Demolition plans were filed to knock down the building earlier this month.