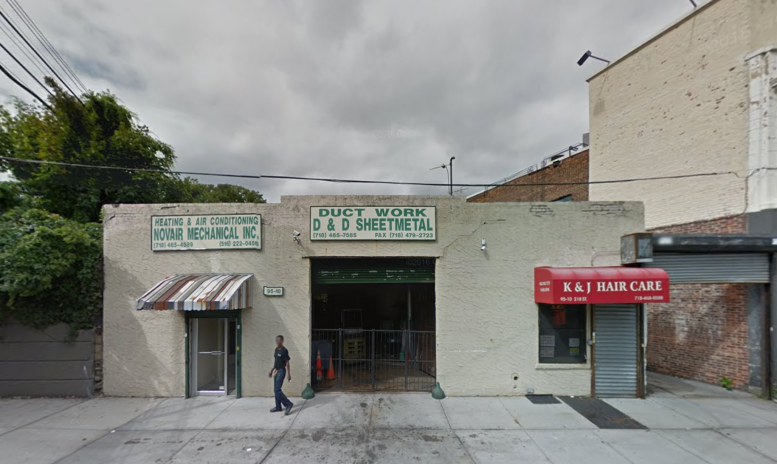 Development rarely happens in eastern Queens near the Long Island border, but one developer has staked a claim in Queens Village, a suburban neighborhood next to Nassau County.

New building applications were filed last week for an eight-story hotel at 95-10 218th Street, across the street from the Queens Village stop on the Long Island Rail Road. The building will practically touch the elevated rail tracks once it rises on a lot between Jamaica and 98th avenues. The plans call for 68 hotel rooms squeezed into 21,108 square feet of commercial space. An average room there would measure just over 300 square feet. The cellar would hold four rooms, and each of the upper floors would have eight rooms.

The developer is Amritpal Sandhu, who is behind a few other hotel projects in the South Bronx, Far Rockaway, and Brownsville. He picked up this 6,900-square-foot property for $1,250,000 in March. Manish Savani Architect applied for the permits.

The zoning allows mixed-use development, but the property’s proximity to the train tracks probably didn’t make residential construction an appealing option for this location.