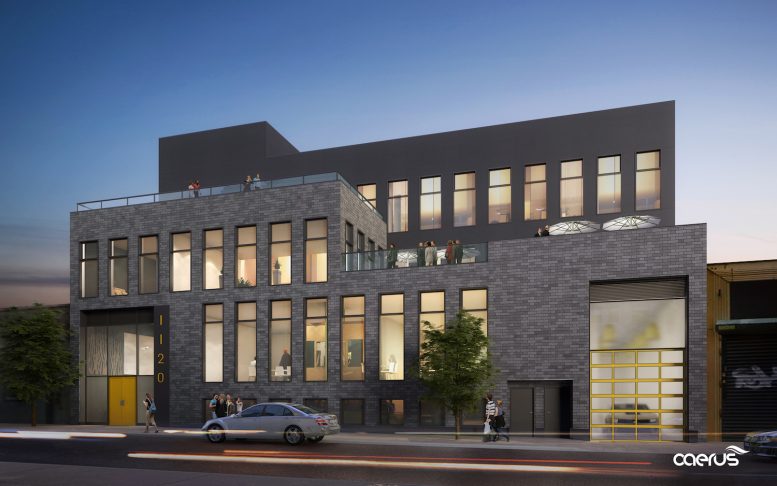 Long Island City is set to become a hub for office development in the outer boroughs. While some builders hope to put up massive commercial towers like One Court Square, others are creating office space in the neighborhood’s warehouses and loft buildings. One developer, Caerus Group, decided to convert and expand a two-story industrial building at 11-20 46th Road, a few short blocks from Court Square.

The top two stories of the building will be set back, creating communal roof decks on the second and third floors. The dark orange and tan façade will be re-clad in gray brick and new, longer windows will be carved out of the exterior. Caerus has decided to preserve two large truck entrances to the building, which are currently closed with roll-down gates, by covering those entrances with glass and turning them into double-height lobby spaces.

C3D Architecture is responsible for the design.

Caerus had originally planned a residential conversion with 23 apartments for the warehouse, but now hopes to rent the offices to tech, advertising, and media tenants. Construction is expected to wrap at the end of 2017.