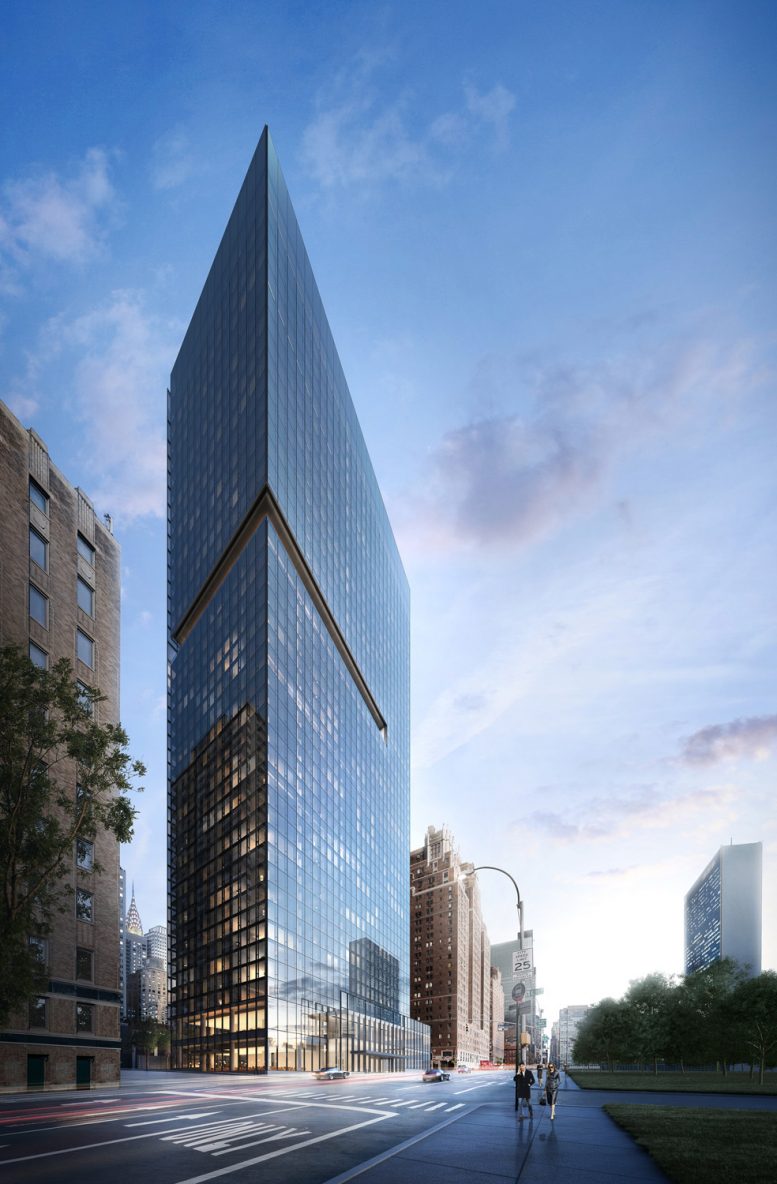 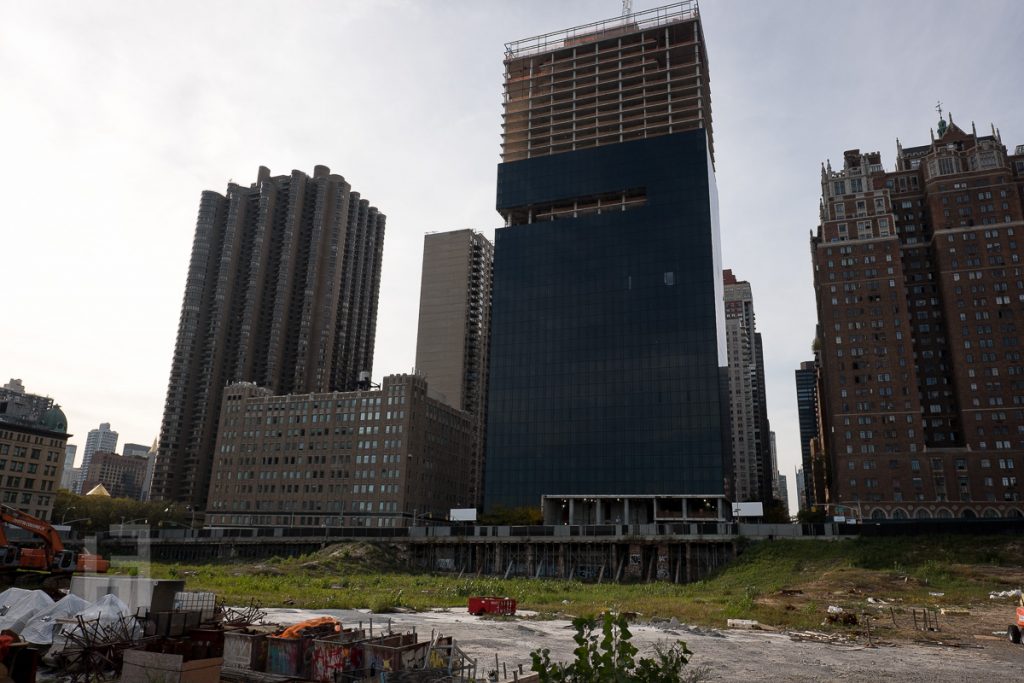 Sheldon Solow is the site’s developer, and among his other projects at the moment, YIMBY recently reported on headway being made at 7 West 57th Street, up in Midtown. Solow’s penchant for black-slab architecture appears to extend far and wide, though in 685 First Avenue’s case, the tower profile is especially impressive, with the envelope enclosing 596 total dwelling units. 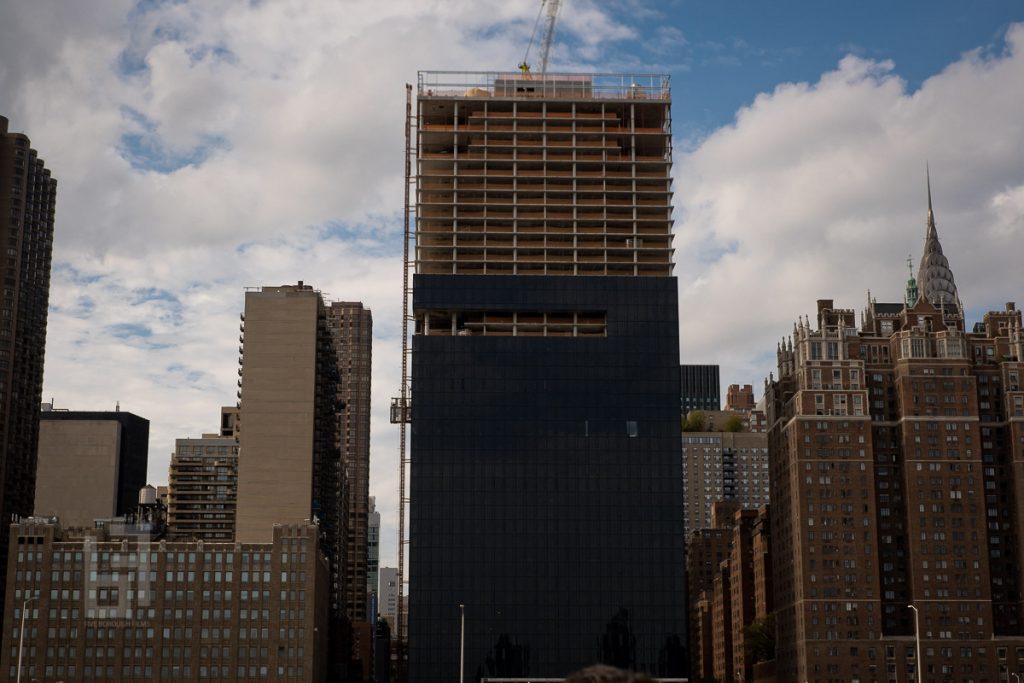 685 First Avenue, photo by 5B Films from two weeks ago

Richard Meier & Partners is behind the design for the tower, which bears striking semblance to Two Sutton Place North, also faced in black glass, which opened a few years ago, across from its twin One Sutton Place North. In the case of 685 First Avenue, a cut-out near the mid-section will offer a minor mark of minimal distinction. 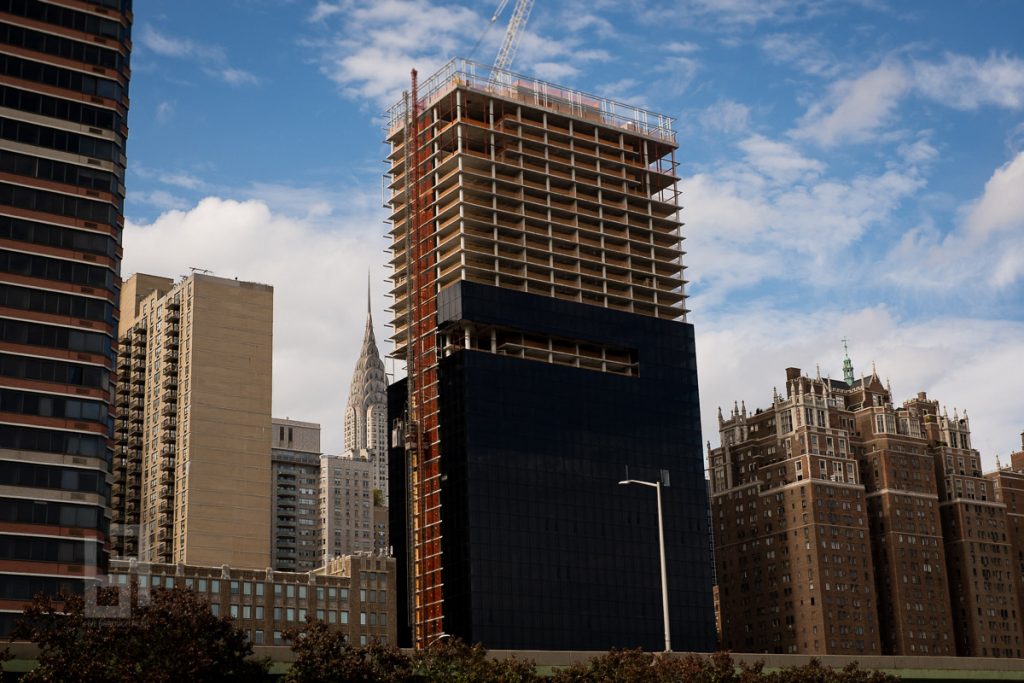 685 First Avenue, photo by 5B Films from two weeks ago

While the design is somewhat bland, the inclusion of so many apartments atop the retail space will help activate the formerly desolate block. More importantly, new towers will eventually rise across the street for the Con Ed redevelopment, so 685 First Avenue is eventually going to have several new neighbors that extend the area’s urban fabric one block farther east.

With glass well over halfway up the exterior and rising at the rate of one floor per week, interior work should soon begin, and signage indicates completion of the tower is expected by the end of next year.