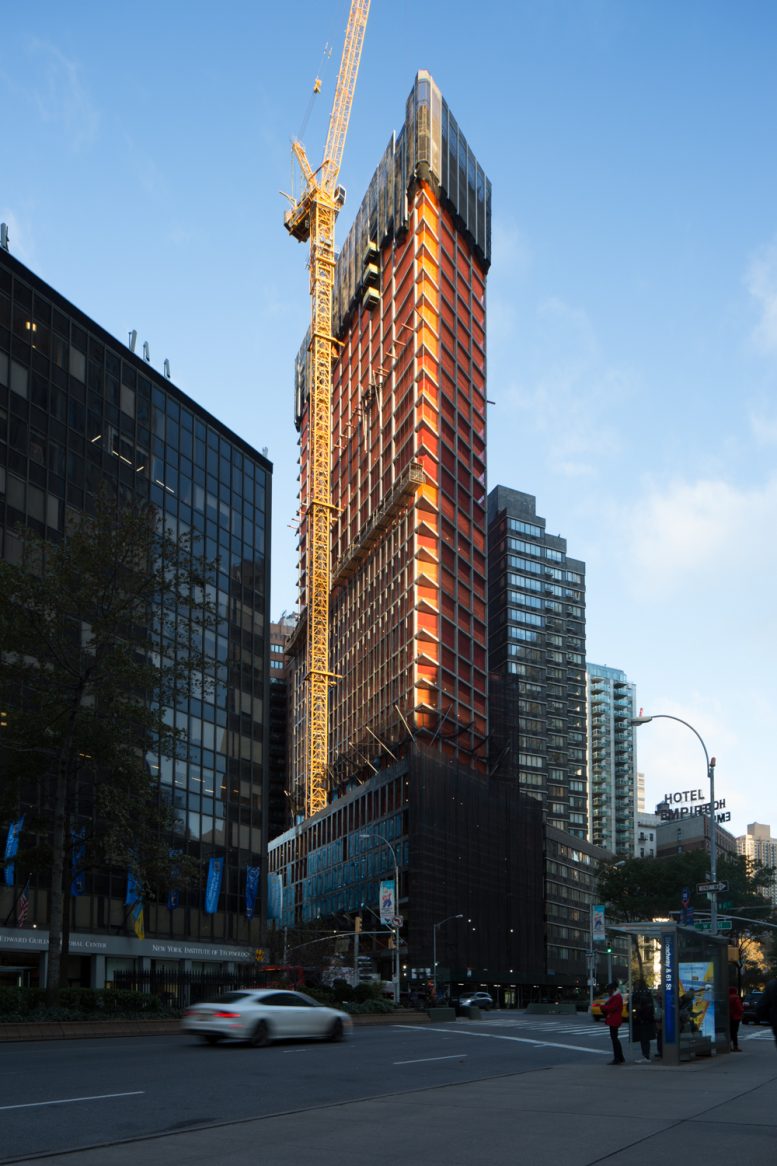 The Upper West Side is typically off-limits to developments of major substance, which is why the recent news regarding progress on new-tallest-towers for the neighborhood at 200 Amsterdam Avenue and 50 West 66th Street is particularly positive. But in between those two towers, on the corner of West 61st Street and Broadway, YIMBY has reported extensively on 1865 Broadway, a 33-story residential tower designed by Skidmore, Owings, & Merrill, which has now reached its rooftop. 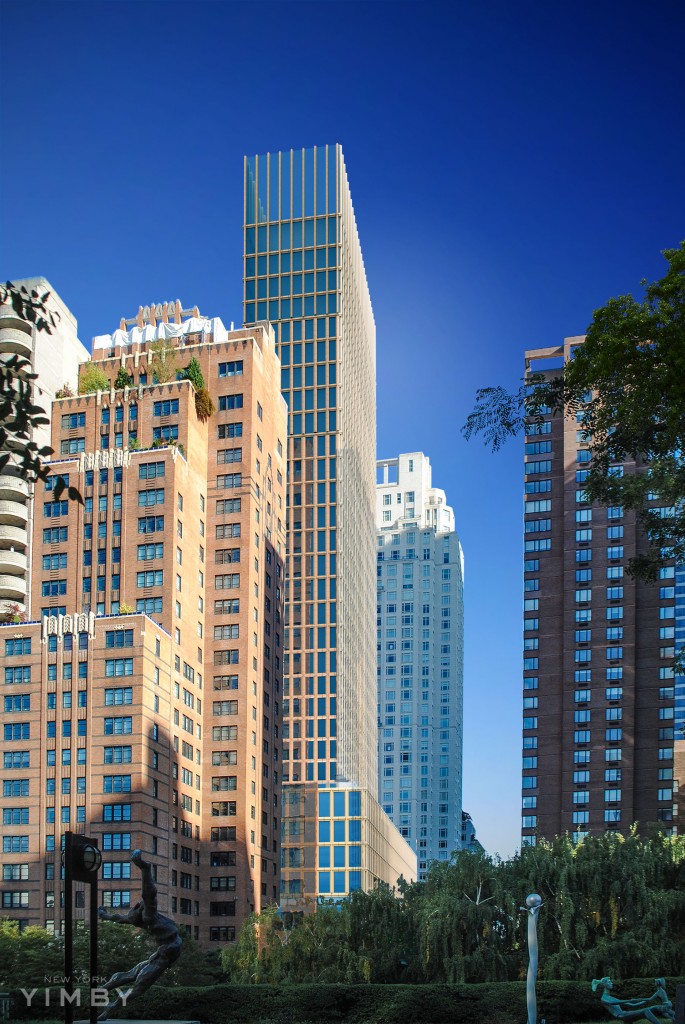 While an official rendering has been posted to the on-site fencing, YIMBY’s images give a much better idea of what the tower will actually look like, though they are not perfectly accurate. Permits for the site were filed in November of 2015, confirming its height of 33 floors and 416 feet. 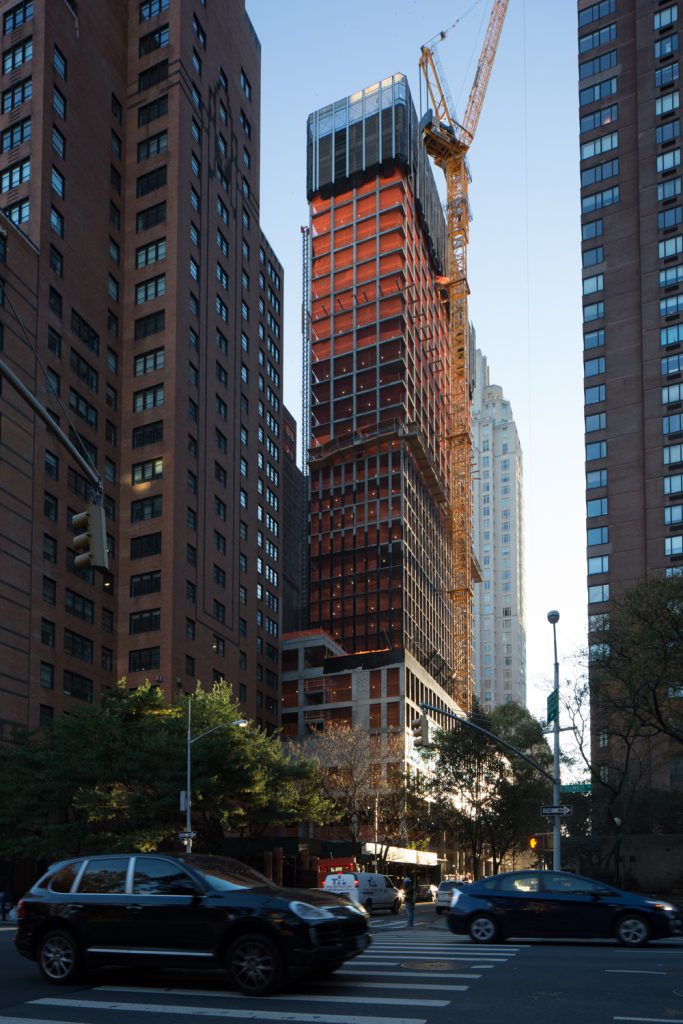 Within, there will be 34,000 square feet of retail space on the lowest levels, topped by 236,532 square feet of residential space, which will be divided across 160 residential units averaging almost 1,500 square feet apiece. While the developer AvalonBay normally does rentals, this project is likely to include a mix of both rental units and condominiums on the upper floors. 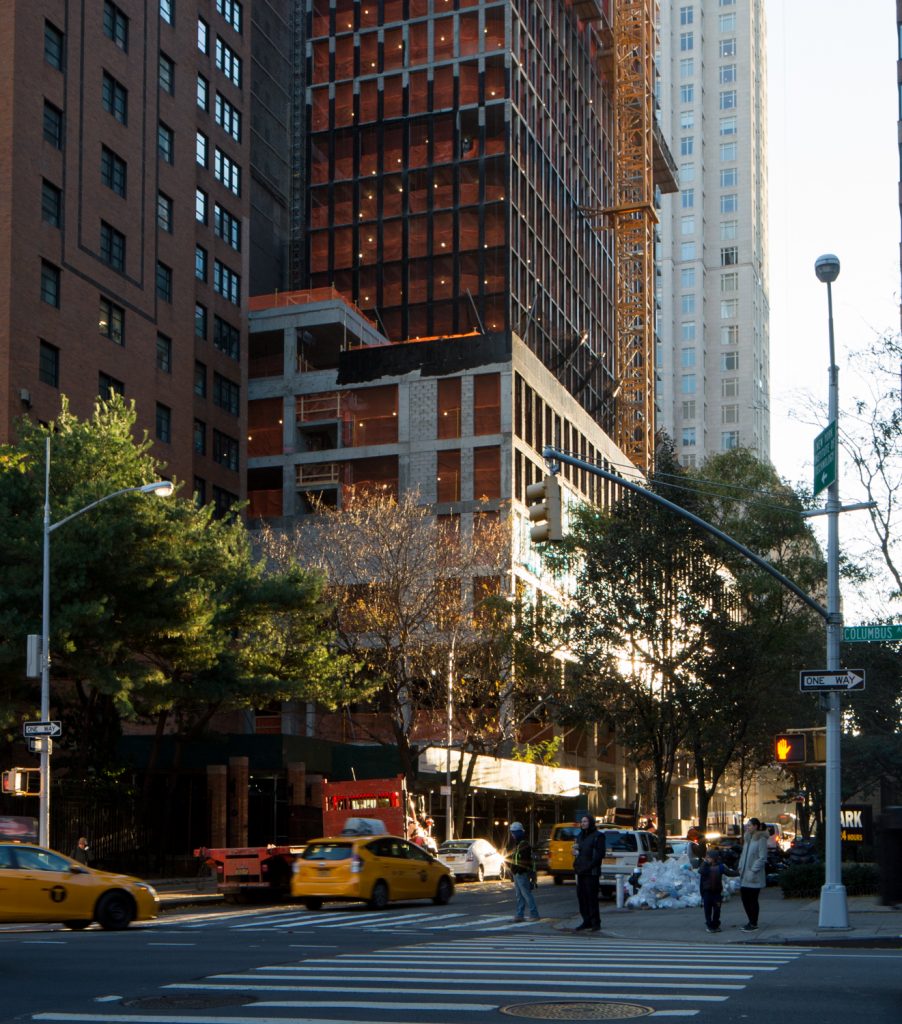 As seen in the latest images of progress, the ceiling heights increase alongside the tower’s rise, which means the uppermost units will be particularly lofty. The project’s location just two blocks northwest of Columbus Circle also means that units adjacent to Broadway will enjoy fairly sweeping views up and down the street, even with the impressive surrounding density.

Completion of 1865 Broadway is likely by 2019. While topping-out only occurred a few weeks ago, much exterior work remains to be completed, though the facade is now rising.