Construction of the two-structure TWA Hotel, flanking the historic TWA terminal, has made significant progress since our last update in December. Photos from the site reveal that one of the hotel towers is nearly fully covered with its façade, and that the second tower has topped-out. 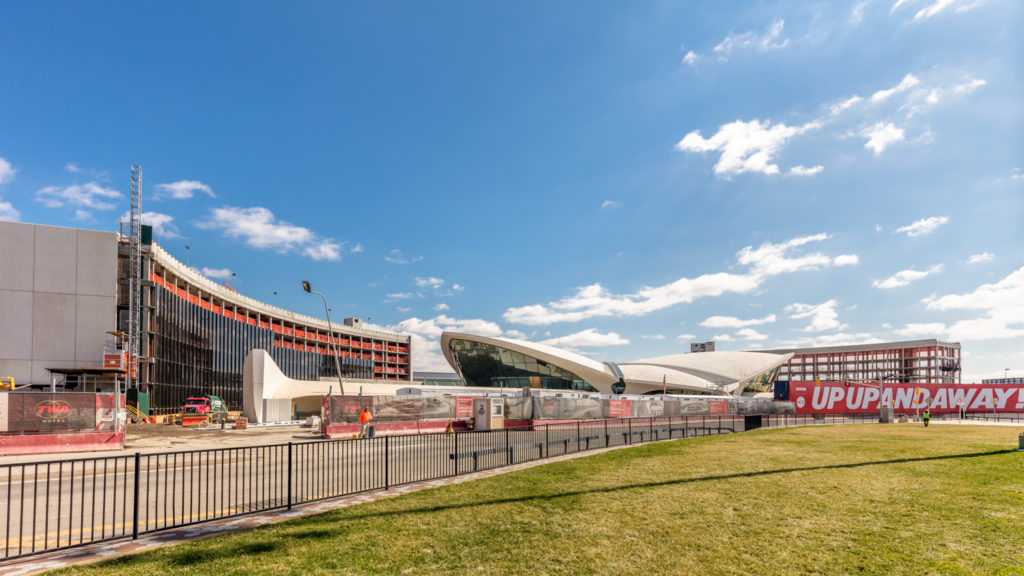 According to the developers, the façade will be composed of a seven-layered soundproof glass, shielding guests from the nearby airport’s plane traffic. Once complete, the owners anticipate that the building will be considered as having the quietest hotel rooms in the world. 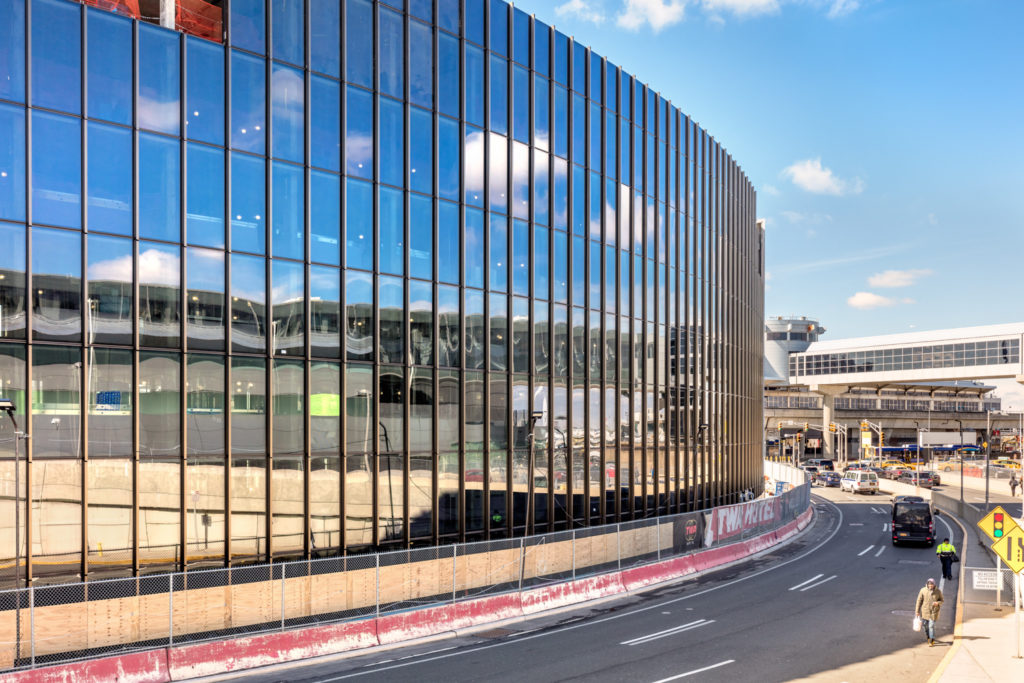 The structure will yield 505 new rooms in all, alongside a rooftop pool, 10,000 square feet for an observation deck, 50,000 square feet of meeting and event space, eight bars and food venues, and a TWA museum.

MCR and Morse Development are responsible for preserving the Eero Saarinen-designed terminal for repurposed use. The building will function as a 200,000 square foot hotel lobby, accessible for hotel guests and visitors by way of AirTrain. 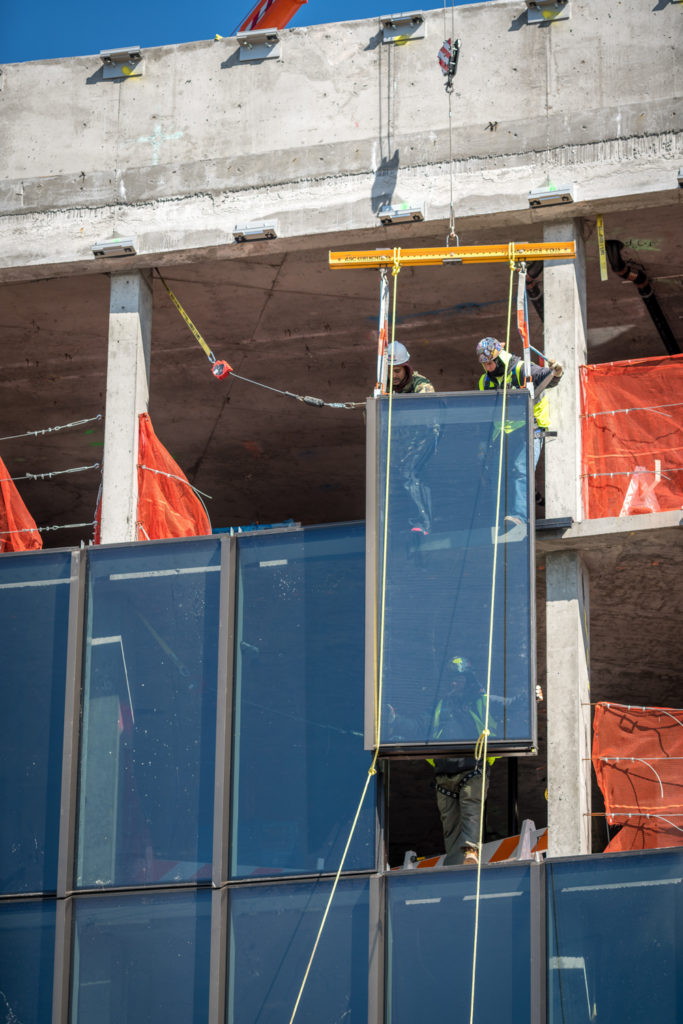 Beyer Blinder Belle and Lubrano Ciavarra Architects are responsible for designing the hotel. 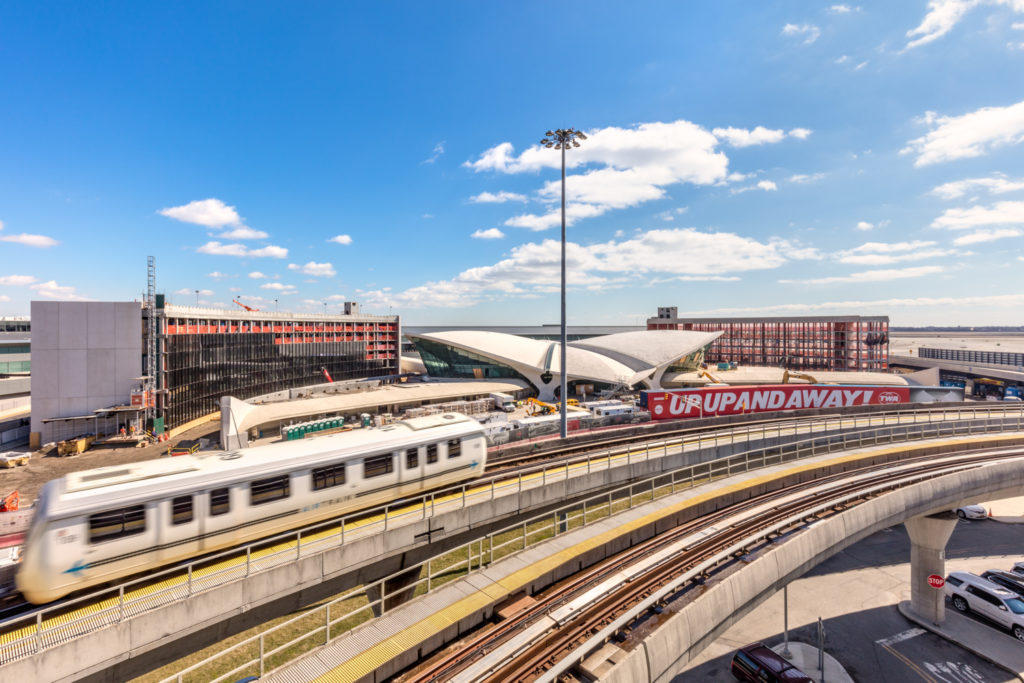 Completion is expected as soon as spring of 2019. At the current rate of construction, this hardly seems ambitious.