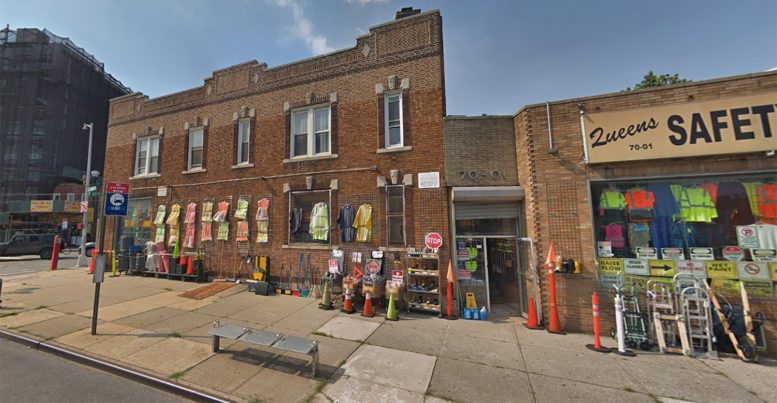 Permits have been filed for a six-story residential building at 70-01 Queens Boulevard in Elmhurst, Queens. Located between 70th Street and 72nd Street, the lot is five blocks south of the 69 Street-Fisk Avenue subway station, serviced by the 7 train. Steven Li under the Star Point 7001 LLC is listed as the owner behind the applications.

Chuandong Hao under the HCD Architect PC is listed as the architect of record.

Demolition permits were filed in October of this year. An estimated completion date has not been announced.

Be the first to comment on "Permits Filed for 70-01 Queens Boulevard in Elmhurst, Queens"