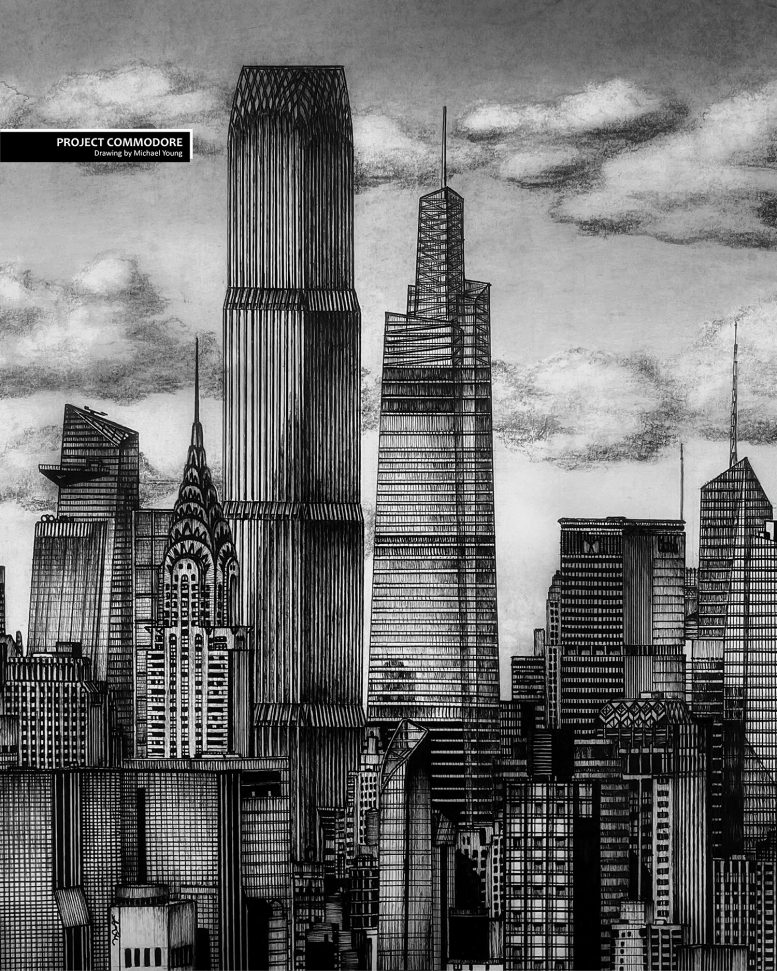 On the heels of YIMBY’s reveal of official renderings for Project Commodore, a 1,646-foot supertall project at 175 Park Avenue in Midtown East, we’ve collected a number of illustrations that showcase Midtown’s future tallest structure’s impact on the New York skyline. Designed by Skidmore Owings & Merrill and developed by RXR Realty and TF Cornerstone, the 83-story skyscraper is planned to rise from the site of the Grand Hyatt New York and yield 500 Hyatt hotel rooms on the upper floors spanning 453,000 square feet; 10,000 square feet of retail space on the ground and cellar levels; and 2.1 million square feet of office space.

The black-and-white freehand drawing above shows Project Commodore from the northeast set among the Midtown skyline. The setbacks gradually pull back the massing of the edifice further from the edges of its massive footprint, and the tower culminates in a flat roof parapet with crown featuring a lattice of steel columns wrapped in light-colored panels. The rest of the superstructure will largely be enclosed in floor-to-ceiling glass wedged between vertical columns that run nearly the entire height of the 175 Park Avenue from its intricately designed base, which incorporates a similar lattice pattern that would form columns fanning out from each of the four corners. Other completed supertalls featured in the drawing include the Art Deco Chrysler Building to Project Commodore’s east, Kohn Pedersen Fox’s One Vanderbilt to the west, and 30 Hudson Yards rising on the opposite side of the island.

YIMBY user rgarri4 also recently posted several digital renderings on YIMBY’s forum page, showing Project Commodore’s presence looking north and south as it towers above the Manhattan skyline. The supertall is also joined by nearly every structure currently proposed and under construction. The renderings show the row of new office supertalls along Park Avenue, the Penn District, Manhattan West, Hudson Yards’ completed first phase, as well as several more towers spread across NoMad and other parts of Midtown. The final rendering is a nighttime view oriented northward with the Chrysler Building and One Vanderbilt illuminated beside it. 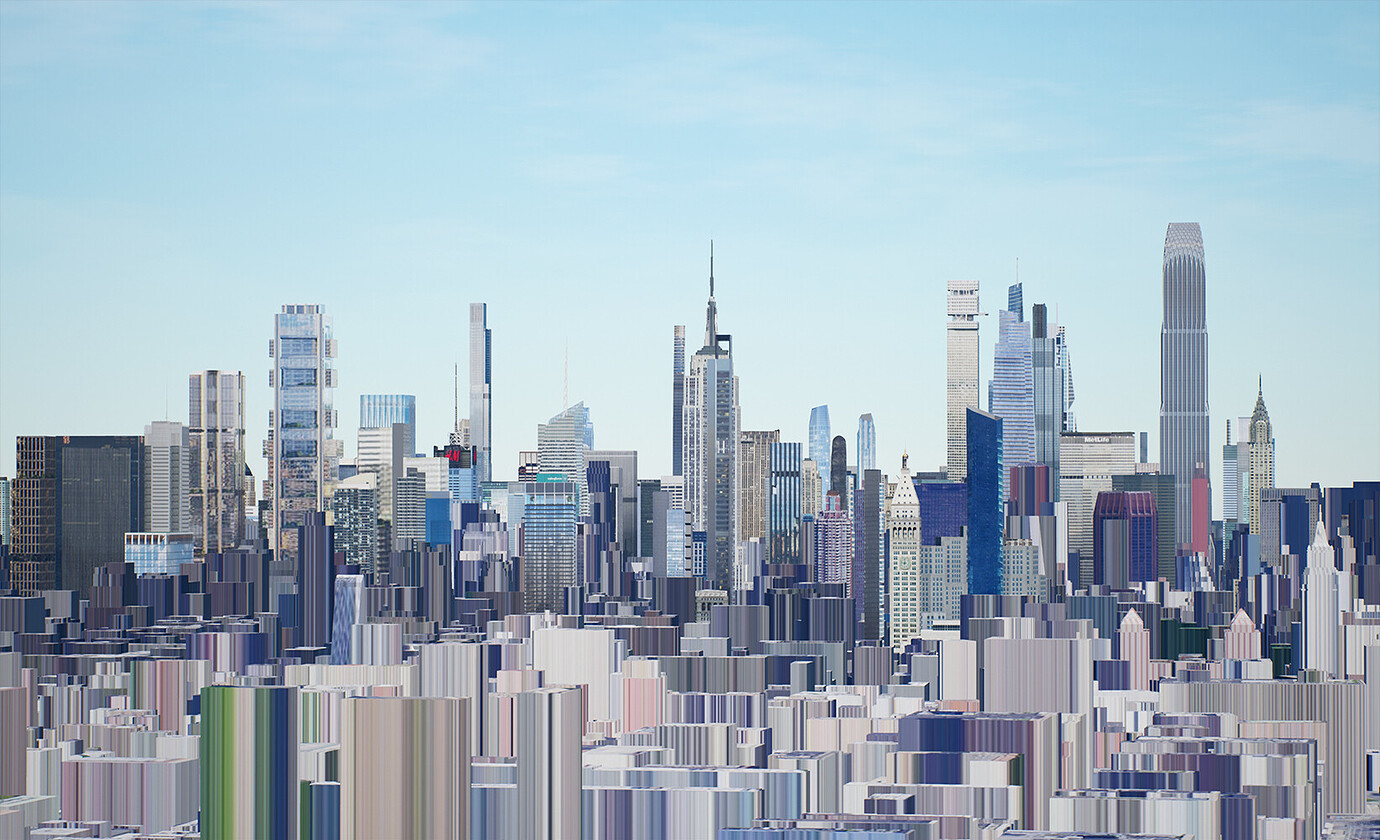 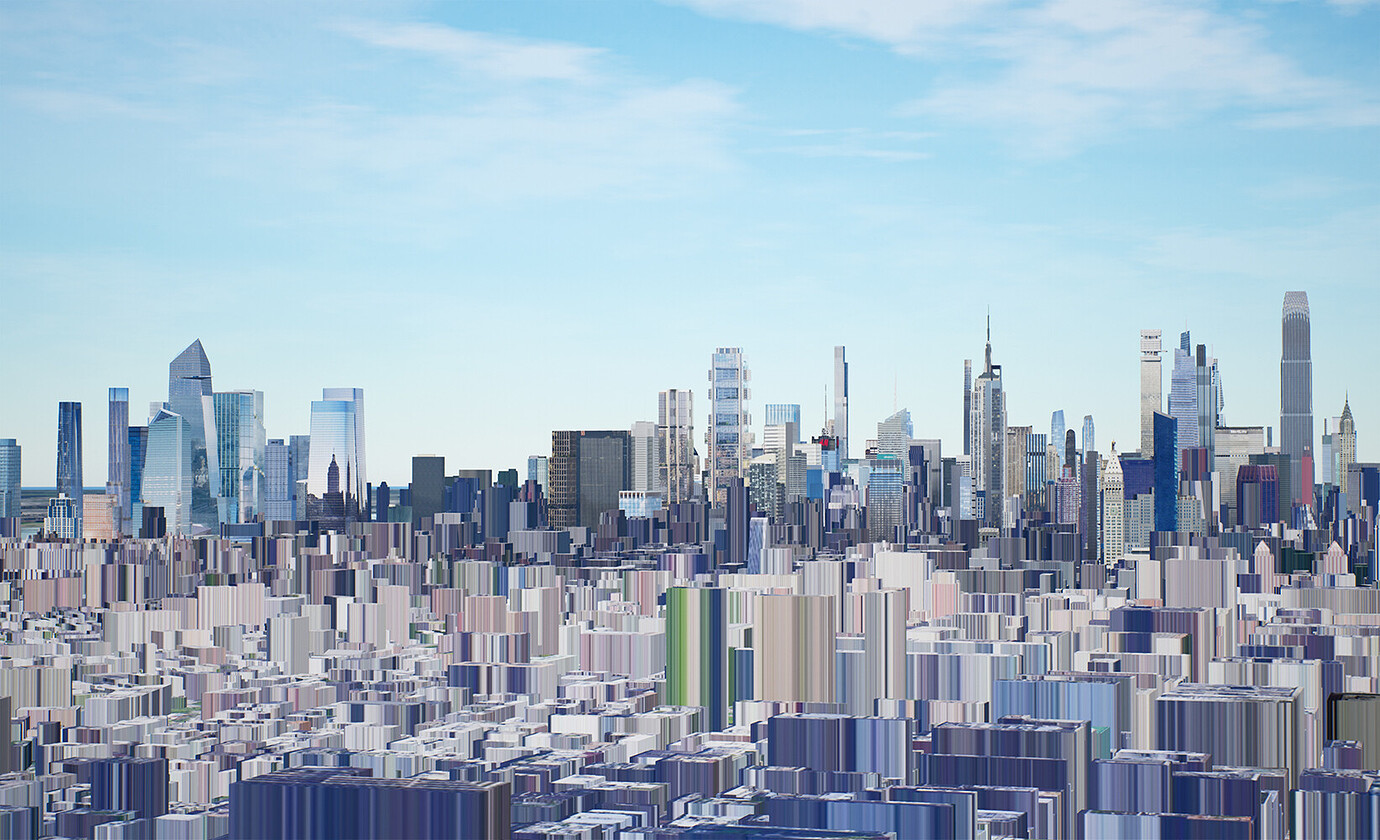 Looking north at the entire Midtown skyline. Rendering by rgarri4 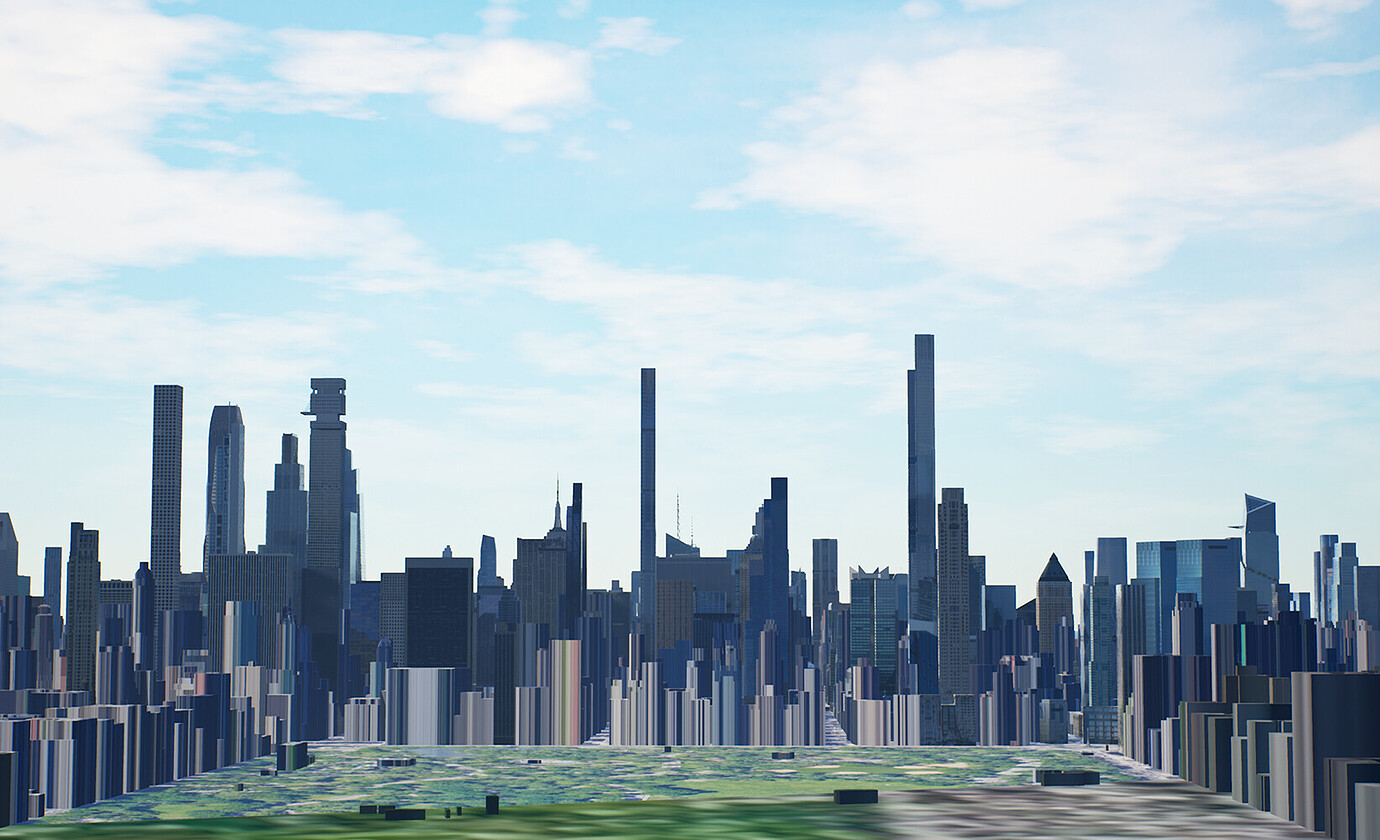 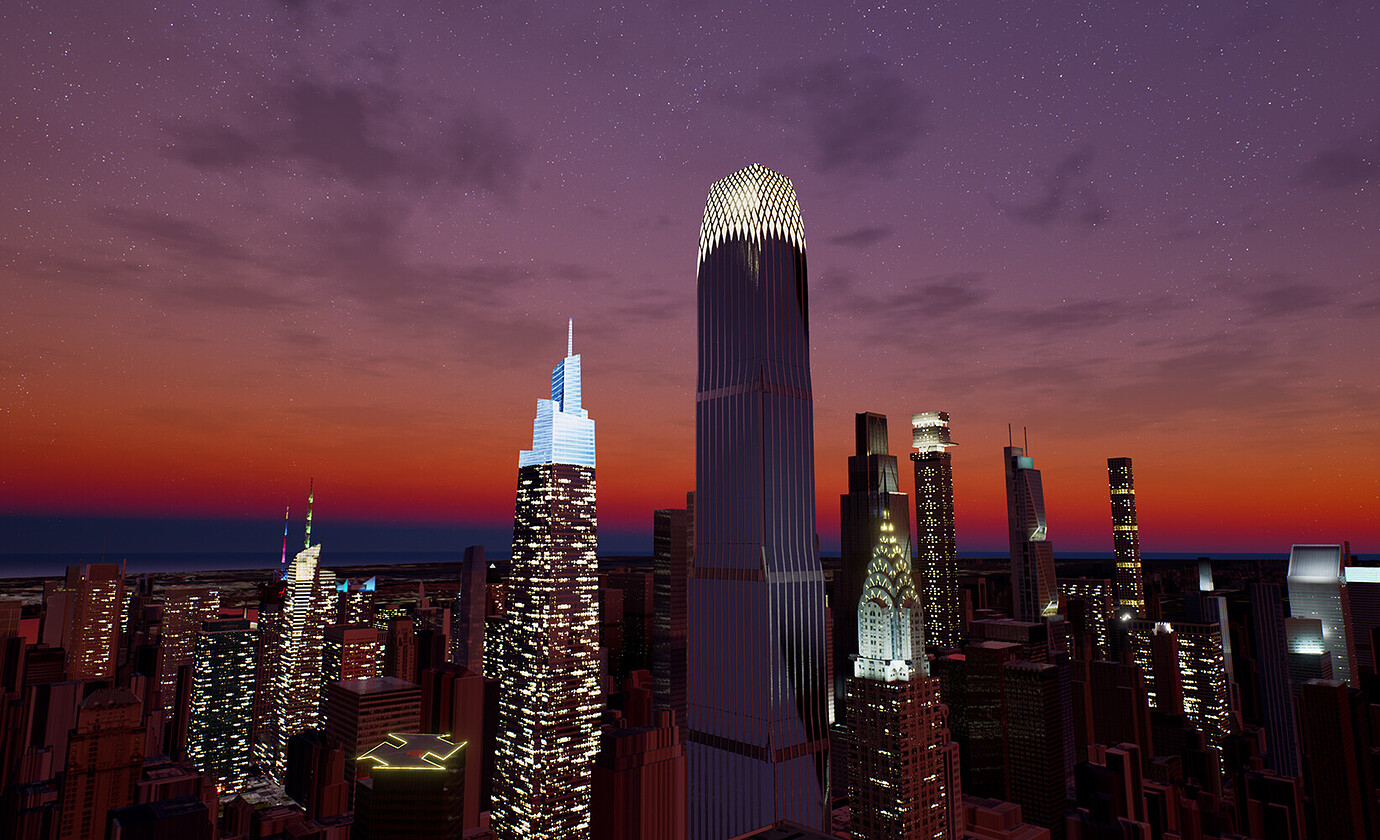 175 Park Avenue is slated to be completed in 2030 if the anticipated 18-month long demolition of the Grand Hyatt New York and actual construction of SOM’s supertall goes according to plan. The next step is approval through the Uniform Land Use Review Process that is set to wrap up by the end of this year, followed by a public review in the spring.