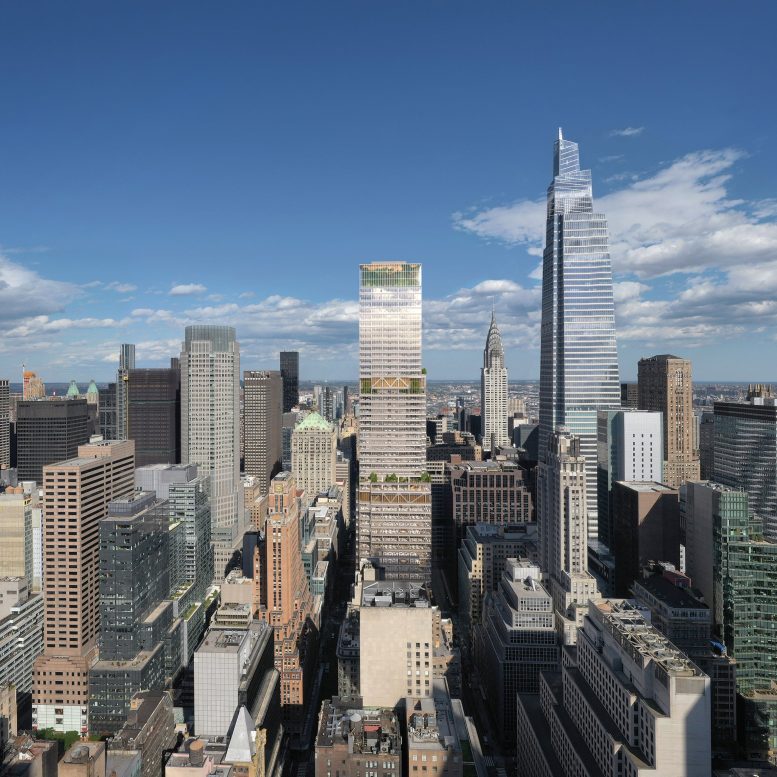 The most recent renderings of 343 Madison Avenue. It is unclear if the design has been altered for the new construction filing. Designed by Kohn Pedersen Fox

Permits have been filed for a 49-story commercial skyscraper at 343 Madison Avenue in Midtown East, Manhattan. Located between East 44th and 45th Streets, the 25,000-square-foot rectangular site is one block from the Grand Central-42nd Street subway station, serviced by the 4, 5, 6, 7, and S trains and MetroNorth rails. Boston Properties is listed as the owner behind the applications.

The new tower is significantly smaller than the proposed 1,050-foot supertall with 55 stories that would have yield 832,613 square feet of office space, 5,357 square feet of retail space, and 5,357 square feet of subterranean circulation paths to Grand Central Terminal and the future East Side Access project. The filed permits call for a 780-foot-tall development that will yield 750,400 square feet of commercial space, a contradiction to the rezoning plans approved by City Council in November 2021, so it is possible these permits are not final. The steel-based structure will also have three loading berths and multiple cellar levels.

Kohn Pedersen Fox is listed as the architect of record.

As reported by YIMBY, demolition began in late 2021 for the 15-story building that once housed Metropolitan Transportation Authority headquarters. Construction is anticipated to be completed by 2026.