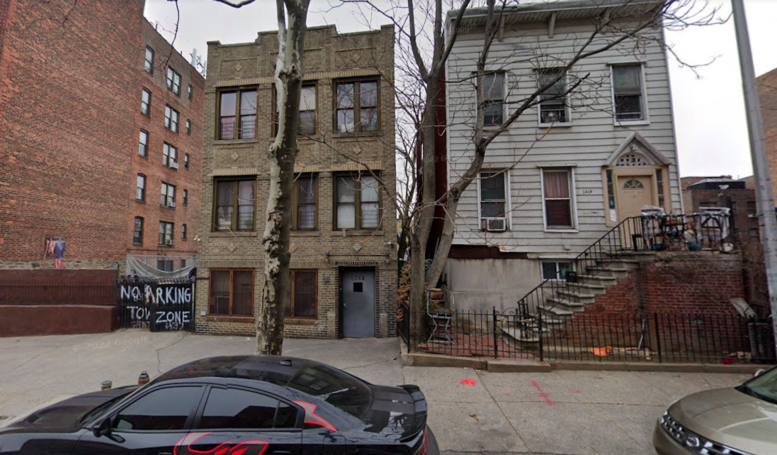 2437 Crotona Avenue in Belmont, The Bronx via Google Maps

Permits have been filed for a four-story residential building at 2437 Crotona Avenue in Belmont, The Bronx. Located between East 187th and East 189th Streets, the lot is closest to the Fordham Road subway station, serviced by the B and D trains. Joel Mittelman is listed as the owner behind the applications.

The proposed 40-foot-tall development will yield 9,538 square feet designated for residential space. The building will have nine residences, most likely condos based on the average unit scope of 1,059 square feet. The steel-based structure will also have a penthouse and a 33-foot-long rear yard.

Nikolai Katz Architect is listed as the architect of record.

1 Comment on "Permits Filed for 2437 Crotona Avenue in Belmont, The Bronx"