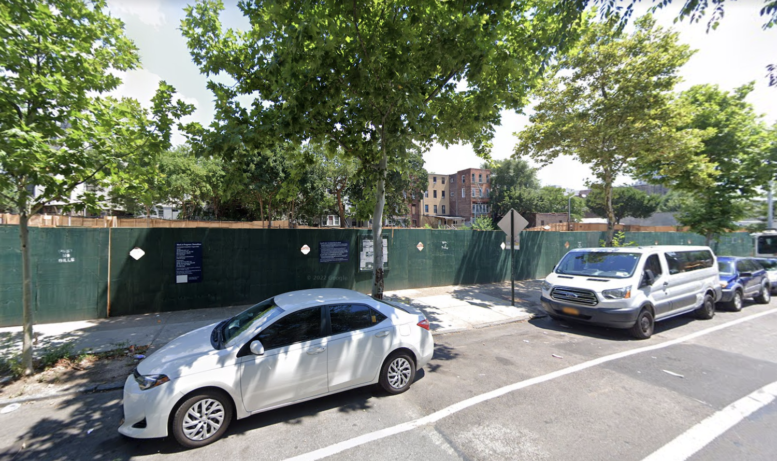 586 Gerard Avenue in Concourse Village, The Bronx via Google Maps

Permits have been filed for a nine-story mixed-use building at 586 Gerard Avenue in Concourse Village, The Bronx. Located between East 150th and East 151st Streets, the lot is closest to the 161 Street-Yankee Stadium subway station, serviced by the B and D trains. The Karten Organization is listed as the owner behind the applications.

The proposed 90-foot-tall development will yield 147,178 square feet, with 142,602 square feet designated for residential space and 4,576 square feet for commercial space. The building will have 200 residences, most likely rentals based on the average unit scope of 713 square feet. The concrete-based structure will also have a cellar, a 30-foot-long rear yard, and 80 enclosed parking spaces.

Demolition permits were filed in August 2021. An estimated completion date has not been announced.

2 Comments on "Permits Filed for 586 Gerard Avenue in Concourse Village, The Bronx"