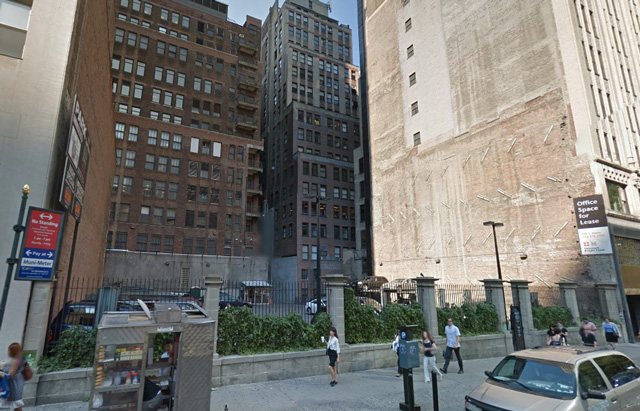 New building permits have been filed for 12-20 West 40th Street, which had originally been proposed prior to the recession (old rendering at link, via Curbed). Between the old and new versions, the plans have seen a height increase, and the project’s latest iteration will rise 32 floors and 361 feet. Stonehill & Taylor is listed as the architect — a shift from Morris Adjmi — and HFZ Capital is part of a larger development group.

Besides the additional height, the scope of 20 West 40th Street has also increased, and evidently the project will be mixed-use, with a hotel and residences. The latest permits seem to have an error, given the previous proposal’s scope was only 186,000 square feet; the newest documents indicate the site will span over 800,000 square feet.

The 186,000 square foot figure is much more likely, though the number of planned rooms and residences has also increased with the new filings, from 204 to 274. The hotel will span the first fourteen floors, and contain 213 rooms; 61 residences will occupy the upper levels, with only two units on each of the top four floors. The Schedule A has the full details.

As the site is currently a parking lot, the new building will benefit the block. Stonehill & Taylor’s pedigree of Manhattan projects also supports the notion that 20 West 40th Street will be visually appealing; its location across the street from Bryant Park and the New York Public Library also warrants something decently high-end.