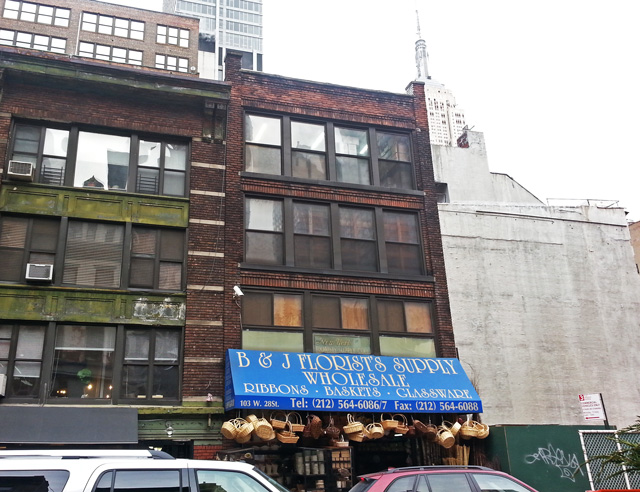 Permits have been filed for a new building at 105 West 28th Street. The existing low-rise will soon be demolished for a 30-story and 364-room hotel designed by Nobutaka Ashihara. The developer is listed as Phyllis M. Jacobson.

Nobutaka Ashihara is also responsible for the development rising next door, at 101 West 28th Street, as well as the Hotel Indigo, at 127 West 28th Street. No renderings have been posted for the new tower, but the buildings will be of a similar size — though 105 West 28th Street will be two floors larger, standing 309 feet in total. West 28th Street between 6th and 7th Avenues is taking yet another step towards complete domination by new construction. The third Kaufman hotel (ignoring the one on the Southern side) is also nearing completion. Though the demise of the neighborhood’s pre-war charm is unfortunate, the transition to a booming tourist rest-stop is kicking into high gear. Effects are slowly becoming apparent, but the trickle of new supply across Chelsea and The Garment District is going to increase dramatically over the next decade; over one thousand rooms have been recently built or are under construction within one block of 105 West 28th Street.

No completion date has been announced, as demolition has not yet begun — though with permits entering the review process, progress is likely imminent.