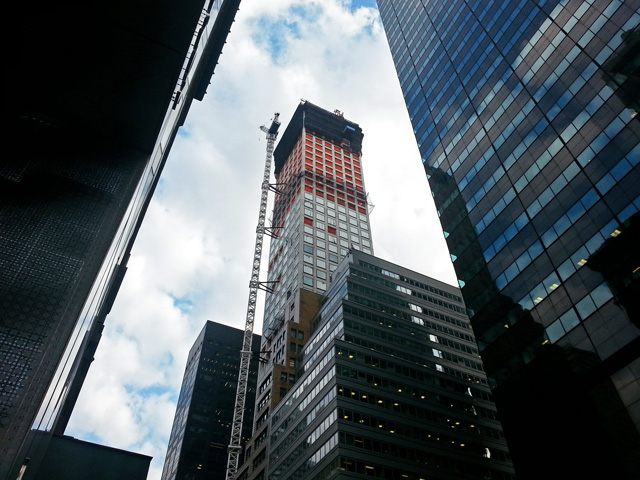 432 Park Avenue has continued its rapid ascent, and the core now stands over 750 feet above 57th Street; the tower now stands among the twenty tallest buildings in New York City. The architect is Vinoly, and the developers are CIM and Macklowe. As the tower continues to grow, its visibility has begun to increase significantly. The Midtown plateau has an elevation of approximately 700 feet, which 432 Park Avenue now exceeds; the skyscraper is becoming obvious when viewed from Central Park, per the below photos, and will soon dominate the skyline.