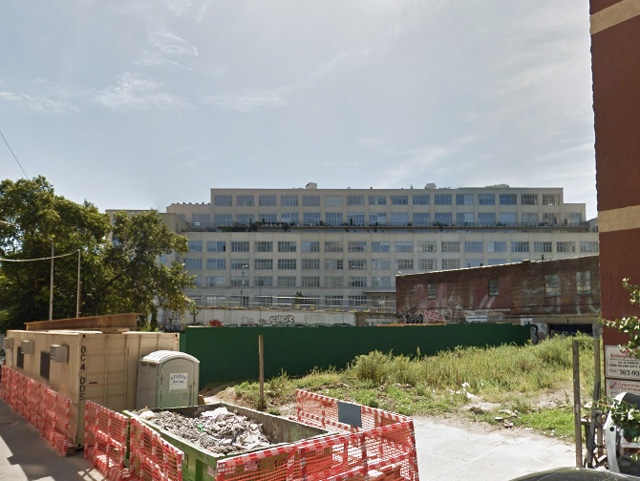 The first permits are up for a new 33-story residential tower at 44-26 Purves Street, in Long Island City’s Court Square neighborhood; Brause Realty acquired the site at a foreclosure auction in the spring of 2013.

FXFowle is attached as the architect of record, and the building will span 207,053 square feet, split between a 517 square foot commercial component, and 270 apartments. At a total height of 374 feet, ceilings will also be surprisingly generous compared to most new construction in the neighborhood.

While 44-26 Purves won’t be quite as tall as the aforementioned towers, FXFowle’s involvement likely signals something of a higher caliber than most new developments in Court Square, and if any crown is included, it will still make a (likely positive) impact on the skyline.

The Court Square boom is accelerating into the stratosphere, and while progress on the ground remains scattered, permits relating to administrative overhead have been streaming in for several months, for projects large and small. The entire neighborhood will soon be a forest of cranes, and next year, the skyline will undergo the most impressive relative change among New York’s peripheral cores, which is especially impressive considering what’s in the pipeline for both Downtown Brooklyn and Jersey City.

No completion date for the site — which also goes by 44-30 Purves — has been announced.

Talk about 44-26 Purves Street on the YIMBY Forums