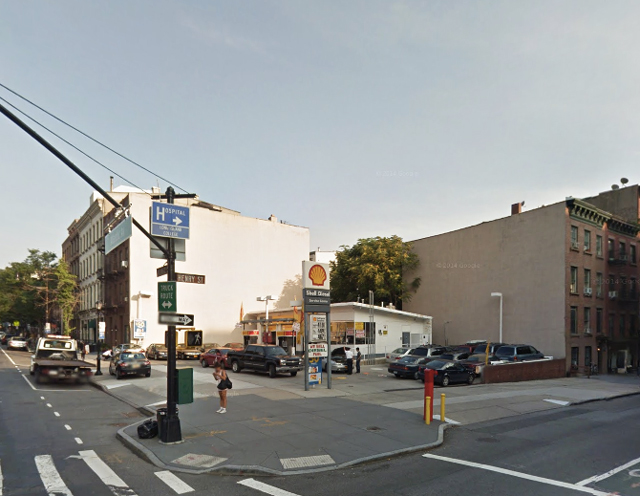 Angelo Cosentini’s On The Level, the development firm responsible for the Lower East Side’s distinctive Blue building, has a small residential project in the works in Cobble Hill, according to a new building permit application filed this morning.

BKSK Architects filed for a permit at 112 Atlantic Avenue, which will become a four-story, 25,000-square foot building at the corner of Henry and Atlantic. There will be eight apartments spread over 17,355 square feet of space, plus a fairly hefty 6,000-square foot retail space for a corner that sees heavy foot traffic. The large unit size – nearly 2,200 square feet on average – combined with the eight parking spaces and a prime Brooklyn location suggests to us that the developer will be doing condos, though Cosentini declined to comment on the project when YIMBY called this morning.

Both OTL and BKSK have done daring and memorable projects in the past, and while YIMBY would love to see a new Blue building (or a new One Vandam) rise in a part of Brooklyn that hasn’t seen much new development over the past century, South Brooklyn NIMBYs have nothing to worry about in terms of height – zoning limits new development here to 50 feet.

The site is currently home to a Shell gas station, which traded hands this spring for $7.75 million, or $330 per buildable square foot. Other large developable sites left on this stretch of Atlantic include the Key Food at Clinton Street, and of course the Long Island College Hospital properties, which will surely continue to be the source of much neighborhood acrimony as the state and its partner, Fortis Property Group, move forward with redevelopment.