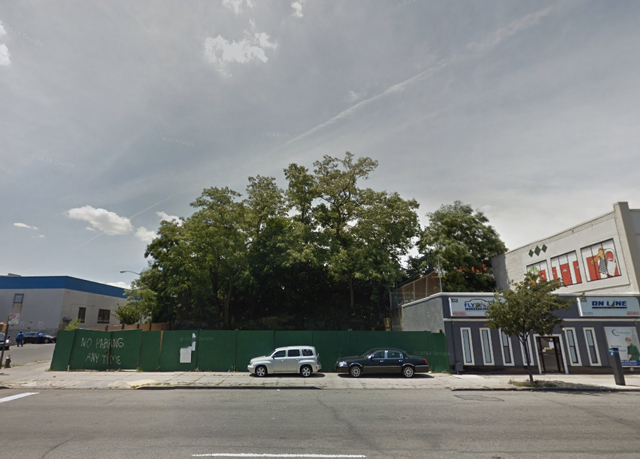 For decades, only affordable housing builders would set foot in the South Bronx, but now, a normally neglected slice of New York City is is finally getting some market-rate attention, in the form of new hotels.

Demand for short-term lodging is sky-high throughout the city, with hotel builders picking up M-zoned parcels from East Flatbush to Chelsea, and a number have sprouted throughout the South Bronx over the past few years.

And now, a new building permit filing reveals another, designed by James Y. Cheng and headed for 335 Grand Concourse. The 75-key, nine-story hotel will mean nearly 30,000 square feet of new construction on the corner of East 140th Street, just a short walk across the Madison Avenue Bridge to East Harlem.

“It will be a high-end hotel,” said developer Sarjay Patel when reached by YIMBY yesterday afternoon. He sees the hotel as primarily serving the courthouse complex at East 161st Street, as well as Hostos College and Lincoln Hospital on East 149th Street. The project will also be within walking distance of Yankee Stadium.

Patel noted the hotel would also “be targeting the Manhattan market,” with the nearby 138th Street subway station located just one stop from the island, offering express train service down the East Side. The project was made possible by the 2009 Lower Concourse rezoning, which greatly enhanced the development capacity of the Bronx’ most transit-accessible neighborhood. It changed about two dozen blocks from low-density industrial designations – mostly used now for auto-oriented businesses with relatively low job densities – to medium- to high-density mixed-use zones, that can also accommodate new housing.