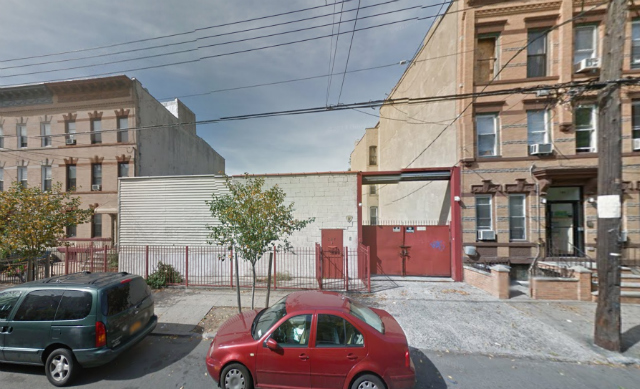 As rents, home values and land costs have risen throughout northern Brooklyn, small rental buildings have been pushed eastward. The R6 zoning around the the Myrtle–Wyckoff Avenues L and M stop, in Bushwick and Ridgewood, is relatively generous compared to the existing built environment, and the area has therefore emerged as a locus of construction activity.

A new building permit application for a project representative of growth in the area was filed earlier today, for a 19-unit building at 387 Bleecker Street, near the amorphous border between Bushwick and Ridgewood. The project is being developed by MKF Group, based in Midtown and founded by Isaac Khafif.

The 19 apartments will be divided over 13,200 square feet of residential space spaced over six stories, for an average unit size of just under 700 square feet, clearly indicating rentals (the second through fifth floors will have four units each, with two units on the penthouse level and one on the ground floor).

The developer closed on the land in June, paying $2.3 million for the privilege, which works out to a surprisingly high $175 per buildable square foot.

The architect is Great Neck-based Defonseca Architects, who’s also responsible for a similarly-sized building on Hillside Avenue, near Jamaica, which YIMBY revealed in August. Hopefully 387 Bleecker will have the same modest-but-handsome, clean façade.