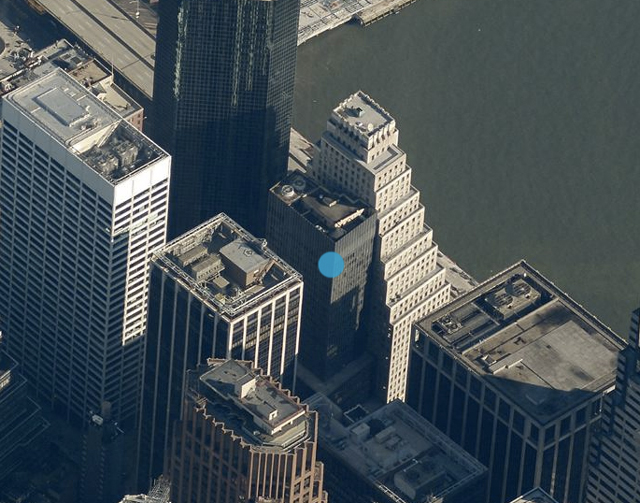 New York’s Financial District has seen a tremendous residential boom over the past few decades – its nighttime population doubled from 2000 to 2010 to 40,000 – as developers convert obsolete office towers in a declining business district into much-needed housing.

And now, we can add another 205 units to the list, with an application for an alteration permit filed to convert a bit more than half of 110 Wall Street, on the far eastern edge of the Financial District, into housing.

The permit appears to be the realization of a long-planned lease by WeWork of the entire 27-story dark, shiny modernist tower, heavily damaged during Hurricane Sandy. They reportedly had plans to use the lower floors of the Rudin building as co-working space, and the upper ones as housing.

According to the permit application, of the tower’s 260,000 square feet of floorspace that counts towards zoning, 133,000 will turn residential, and 127,000 will remain commercial. The bottom floor would have two retail bays, with apartments and office space above.

While earlier reports were that the building would have office space on the bottom and housing up top, the Schedule A filing shows office throughout the tower, with commercial space rated for occupancy by up to 90 people in the tower portion of the building with the smallest floor plates.

The apartments start at the seventh floor, with “class B dwelling units,” defined in the state Multiple Dwelling Law as “occupied, as a rule transiently, as the more or less temporary abode of individuals or families who are lodged with or without meals,” also on the eighth and ninth. But at the 10th floor, the apartments become normal, longterm class A units up to the uppermost 27th story, with each floor set to be split between nine residences.

S9, an affiliate of Perkins Eastman, is helming the redesign.