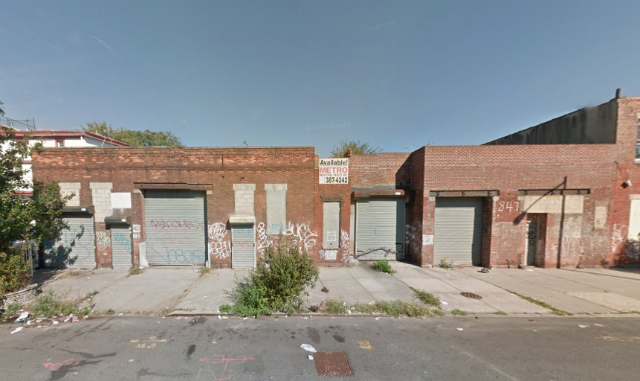 Earlier today, a permit application was filed by Karl Fischer Architects to construct a new six-story residential building near the border of Bed-Stuy and Bushwick, at 843 Lexington Avenue.

The apartment project would sit between Patchen Avenue and Broadway, and contain 38 units above a ground floor retail space. The apartments would be divided over nearly 31,000 square feet of residential space, for a rental-sized unit average of 810 square feet, with eight per floor from the second through fifth levels and six units on the sixth floor. They would sit above a residential lobby and 2,000-square foot retail space.

Twenty parking spaces would be included in an open space at ground level, and the sixth floor would contain a common recreational area for the apartments, according to the Schedule A filing.

The developer is the Marcal Group, based in Kensington/Midwood. They – or at least, an LLC that is currently listed as the parcel’s owner – picked up the shuttered brick industrial structure in 2011 for just $690,000, a discount off the $870,000 that the previous owner paid in 2005, just before the height of the last market cycle.

Whether because of disinvestment and abandonment during the years of urban decline or the blighting effect of the elevated train – Brooklyn’s first – that once ran above the street, Lexington Avenue has a number of vacant lots or underbuilt industrial properties that will likely be developed in the coming years, as builders priced out of more central parts of Bed-Stuy venture out east.