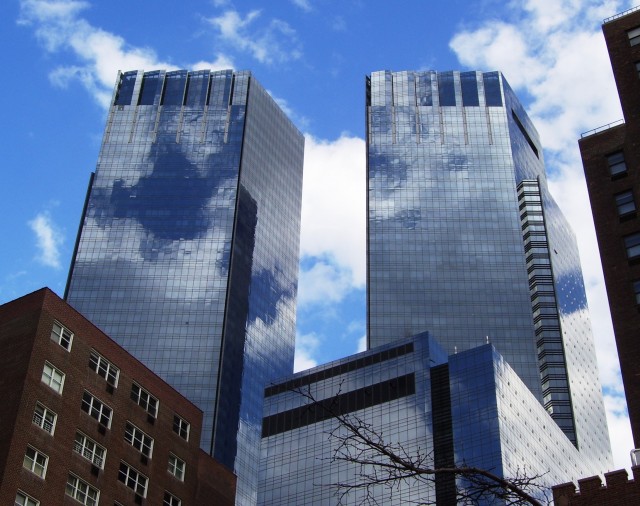 Earlier this month, the New York Times published the results of its year-plus-long investigation into the buyers of condos at the Time Warner Center and other buildings around the bottom of Central Park. The city’s paper of record poured an enormous amount of resources into the piece – Louise Story hadn’t had a byline in the paper since August 2013, and Stephanie Saul since January 2013. Twenty other people contributed reporting, research, design, graphics, illustrations, and productions, not counting the editors involved.

What was revealed, though, was little more than high-brow tabloid reporting. There are a lot of wealthy people from all over the world living in the Time Warner Center, and as anyone with a passing familiarity with wealth in developing countries knows, it’s tough to amass a fortune in many parts of the world without attracting controversy of some sort or another.

What the authors could not do, despite the hundreds of thousands of dollars that was poured into the project, was put the story into any sort of context. The goings-on at the Time Warner Center and the buildings around Central Park are all well and good, but those are only a small handful of housing units in a city with more than 8.2 million people, that sits within a greater region of over 20 million. The authors quote James Parrott with the Fiscal Policy Institute as saying that these buyers are bidding up housing prices throughout the whole market – no doubt true, but to what extent? Impossible to say, given the lack of context.

Andrew Rice, who wrote a similar story for New York magazine last year, ran into the same problem. The only data point he found that could put the story into perspective was an estimate by PropertyShark of how many “condo sales in large-scale Manhattan developments” – already a big and somewhat ambiguous qualifier – “have been to purchasers who either listed an overseas address or bought through an entity like a limited-liability corporation.” The number was 30 percent, but even that obscures more than it clarifies – it includes plenty of domestic buyers, which Rice tried to downplay, though the city’s other real estate reporters weren’t buying it.

And if there’s any real estate topic that attracts as much attention from the mainstream media as the uppermost tier of the luxury market, it’s gentrification. Gentrification is no doubt an important and often alarming phenomenon in New York City’s market, but the focus occasionally seems misplaced, and often crowds out reporting on everything else going on in the city’s property markets.

Case in point: another article in New York magazine by Andrew Rice, this time on East New York. Much of the discussion on gentrification focuses on the neighborhoods on the other side of the Broadway Junction, in Ocean Hill and eastern Bushwick. But the implication is clear: gentrification will eventually hop the firewall of Brownsville housing projects and the East New York Industrial Business Zone, and head into East New York proper.

But in focusing on gentrification, Rice missed the real source of demand bidding up rents in East New York: immigrants. With three-quarters of the housing units in East New York being rented out, it’s rental rates, not sales prices, that are the real cause of concern when it comes to rising housing costs. While sales prices may be bid up by speculators anticipating fixie-riding hipsters invading during the next market cycle, actual rents can only be affected by people currently renting in the neighborhood.

And for all the talk in the story of the gentrification that might come – “We don’t want to sell this as the place the hipsters should come to,” a local development corporation official tells Rice – East New York is losing what few non-Hispanic whites it had. From 2000 to 2010, their numbers in greater East New York – from Pennsylvania Avenue to City Line, Cypress Hills to Starrett City – were down 30 percent to just 6,250, while the total population grew by nearly 10,000 to 184,000.

It’s not whites who are flocking to the neighborhood and bidding up rents, but immigrants – namely those from the Dominican Republic, South Asia (especially Bangladesh), Mexico, and Central and South America. (To say nothing of immigrants from the West Indies, most of whom are not counted due to the Census’s frustrating practice of lumping together all black ethnicities into one group, obscuring what are likely to be flows of African-Americans out of the neighborhood and West Indians in.)

And for the most part, the incoming immigrant groups don’t even seem to be displaced from other neighborhoods. The number of Dominicans, the ascendant East New York group (that we can count) with the longest history in the city, is rising much faster in Crown Heights, Bed-Stuy and Bushwick than it is falling in Williamsburg. Ditto with Mexicans and the other Latino groups who are growing in East New York. And Asians are on the rise nearly everywhere – their growth in East New York is entirely a story of immigration, not displacement.

But these are all trends that New York Magazine – and, for that matter, nearly every other publication writing about East New York – missed, with their obsessive focus on the white New Yorkers who might someday pour into the neighborhood.

And there are other trends that the real estate media is missing while they hyperventilate over oligarchs and gentrifiers. Non-luxury market-rate construction made up a pretty largely chunk of the city’s new construction during the early and mid-2000s, and all but evaporated as the recession took hold, with no sign of returning, even as the broader market has largely rebounded. Meanwhile, the South Bronx is attracting more market-rate construction than it’s seen since the 1920s.

Most of New York’s rental apartments are rent-regulated in some way, but the city and state keep little data on what the rents in these units are, and release none publicly on what they legally should be. To say nothing of the fascinating and dynamic markets in southern Brooklyn and eastern Queens, where the lack of white hipsters, yuppies, and gentrifiers means little in the way of coverage in the city’s mainstream real estate press.

Gentrification and the ultra-luxury market are increasingly important trends in New York City real estate, but they aren’t the only stories to be told. And if the media is as concerned about these phenomena as they claim, it’s just as important that they cover middle-class real estate topics, if only to understand what needs to happen to encourage more housing for the vast majority of New Yorkers who are neither rich enough to afford luxury new construction, nor lucky enough to win a housing lottery.