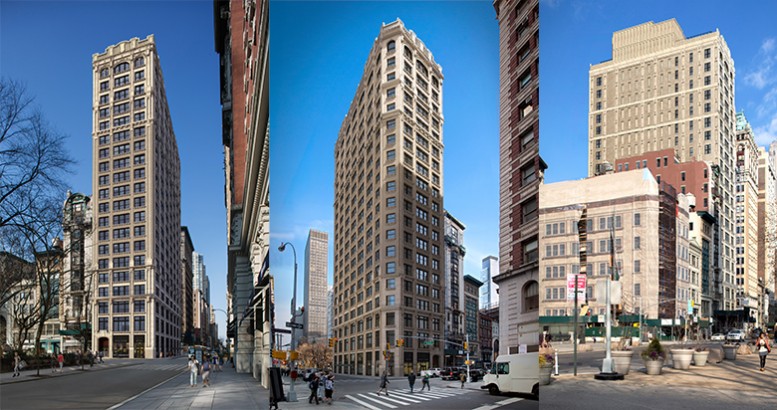 212 Fifth Avenue will see new life as a residential building. On Tuesday, the Landmarks Preservation Commission approved changes to the structure, which was originally constructed as an office building in 1913. The redevelopment of the building is being done by Building & Land Technology, Madison Equities and Thor Equities.

Tuesday’s presentation was made by preservation consultant Jacqueline Peu-Duvallon and architect David Helpern of Helpern Architects. The project includes restoration work as well as enlargement of the penthouse, work on the third and fourth floor windows, work on the first and second floor storefronts, work on the 21st floor window, and extensive modification of the south face of the building. Additionally, the parapet will be reconstructed. Rendering of retail at 212 Fifth Avenue On the bottom of the building, the third floor windows will be made to match the pattern of the fourth floor windows. The storefronts, which occupy the first and second floors, will be reconstructed. Even though the building is called 212 Fifth Avenue and the main retail entrance will be on the avenue, the most visible face of the building is its south face above its neighbor. The proposal was to create blind windows behind the stairwell and elevators, but that was not appreciated by many of the commissioners. Additionally, windows on the edges will be doubled. Plus, a new line of windows would be added near the eastern edge. They weren’t wild about that one, either. So, in their approval, they mandated that the developers work with LPC staff to put in either actual windows or some sort of glazing to replace the proposed blind windows. Also, the proposed new line of windows was eliminated. They’ll also work with staff on some of the base details.

LPC Chair Meenakshi Srinivasan said it was positive that the building is coming back to life. She called the proposal “sensitive and respectful.” Community Board 1 sent conditional approval. Christabel Gough of the Society for the Architecture of the City also expressed concerns, chiefly about the building’s very visible south face. The Historic Districts Council was also not jumping for joy over the proposal. “HDC found several aspects of this proposal distressing, especially due to the prominence and visibility of the building,” HDC’s Barbara Zay said. “While we are glad to see that decorative details and the grand cornice of this building will be restored, we would prefer that these terra-cotta elements be replaced or restored in terra-cotta, rather than GFRC and cast stone. The stark dark green color of the building’s window frames calls attention to itself, especially since the original frames were more of a mid-tone color that was less prominent. The removal of the pivot windows also gave us pause, as this function is a rare species in New York. It would be a shame to lose them.”

“Our committee felt that more effort is needed to achieve an appropriate storefront design. The number of AC louvers seems excessive and the opacity on these should be no more than is necessary. The choice of aluminum for both the louvers and the too-simple bulkheads does not do the building justice. Our committee also questions the storefront windows’ thin structural elements, especially when juxtaposed with the very thick mullions in the windows above. Carrying the windows’ verticals through to the storefront would lend consistency to the overall design.”

“Regarding the south elevation, which is very visible from Madison Square, our committee had several comments. The pattern of the windows, as well as the decorative brickwork, is very specific on this façade. By eliminating so many windows, that pattern gets lost. Since blind windows are proposed for both the elevator shaft and the stairwell, we wondered whether the windows could be retained on the stairwell, thus keeping as much glass as possible. On the other necessary blind windows, we would suggest a darker brick in order to retain the façade pattern. Enlarging the windows on the end bays also changes the reading of that façade pattern. Finally, on the south façade, the removal of the central window mullions on the new aluminum windows would be a shame for a building of such strong verticality.”