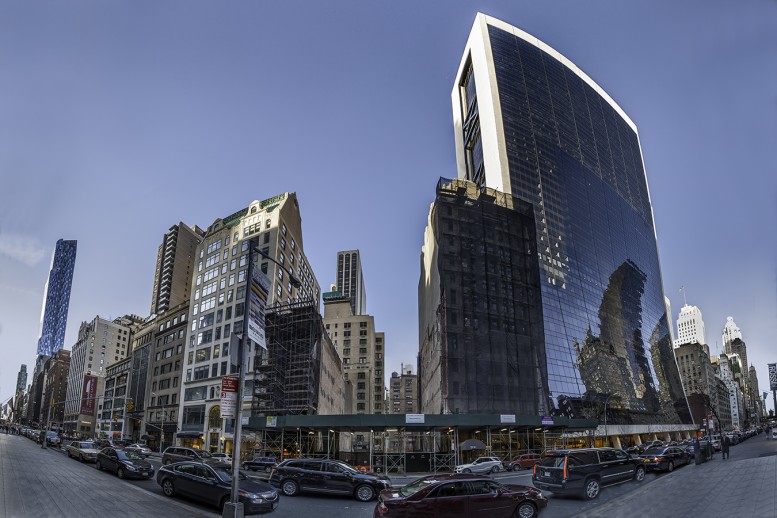 The famed Rizzoli Bookstore at 31 West 57th Street has bitten the dust, to be replaced by a “seven-star” hotel developed by the LeFrak Organization and Vornado Realty. The 109-year-old shop between Fifth and Sixth Avenues shuttered a year ago, despite the efforts of preservationists who tried to get Landmarks protection for the interior.

While the developers haven’t released details on the planned hotel, we do know that the two buildings next door are coming down as well.

The elaborate Cross & Cross-designed building at 29 West 57th Street has already been stripped of its gilded details. Vornado filed demolition applications to knock it down last month, but they haven’t been approved yet. Known as Chickering Hall, the 13-story structure was originally built in 1924 for Chickering Pianos, in a style that combined both Art Deco and Gothic elements.

The six-story building that stood to the left of Rizzoli, at 33 West 57th Street, seems to have been demolished too.

Meanwhile, Rizzoli is set to re-open in a new 5,000-square-foot location at the St James building, located at 1133 Broadway between 25th and 26th Streets in “NoMad.”