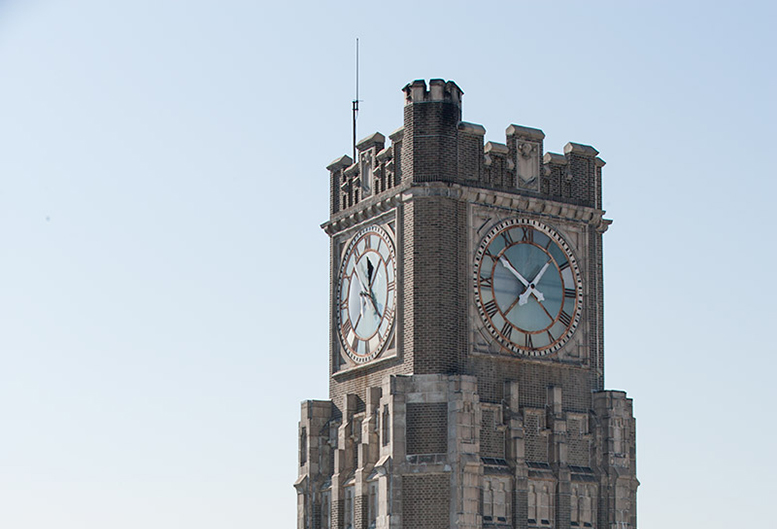 On Tuesday. the Landmarks Preservation Commission voted to designate the former Bank of Manhattan Company Building at 29-27 Queens Plaza North, in Long Island City, as an individual landmark, preserving it for generations to come. The developer of what is expected to be the borough’s tallest building (and the new tallest building outside Manhattan), which will be next door, already plans to work with the landmark structure.

The 14-story building, also known to locals simply as the clock tower, was designed by Morrell Smith in the neo-Gothic style and completed in 1927. It was originally the headquarters of the Bank of Long Island, but was eventually acquired by the Bank of Manhattan. At the time of its completion, the Queens Chamber of Commerce named it the borough’s best business building.

Though it was vacant for over quarter of a century, it is now owned by the Property Markets Group. At the public hearing on this landmark designation, owner Brad Saxon pledged restoration of the building and to make the clocks atop it once again tell time, so it can act as “a beacon of Long Island City.” Additionally, PMG, which is developing the new 77-story, 915-foot-tall residential building at 29-37 41st Avenue with the Hakim Organization, has pledged to keep new construction on the building’s east and west side’s low enough to preserve historical views.

LPC Chair Meenakshi Srinivasan called the clock tower a “very significant iconic building” and a “real anchor” for a “dynamic neighborhood.” “For nearly a century, the Queens Clock Tower building has been one of Long Island City’s most recognizable structures, greeting hundreds of thousands of commuters as they enter the borough,” she added in a statement. No other commissioners spoke and the designation was approved without opposition.

Christian Emanuel, who started the designation process by gathering signatures and submitting a formal request for evaluation with the LPC, was both elated and relieved by today’s vote. “I didn’t think it was going to happen a year ago,” he told YIMBY. He noted that he’s seen more demolition that preservation in the area, but added “It’s actually possible [to preserve]!”

Michael Hall, who, along with Matthew Chrislip, created the preservation group + Partners and launched a Change.org petition to support designation, echoed Emanuel’s sentiments and said, “The community really came together.” “The vote marks the end of a year-long designation campaign that received broad and enthusiastic support from community members, business and political leaders, and local cultural institutions,” the two added in a statement. “We are grateful to everyone whose efforts ensured this victory.”