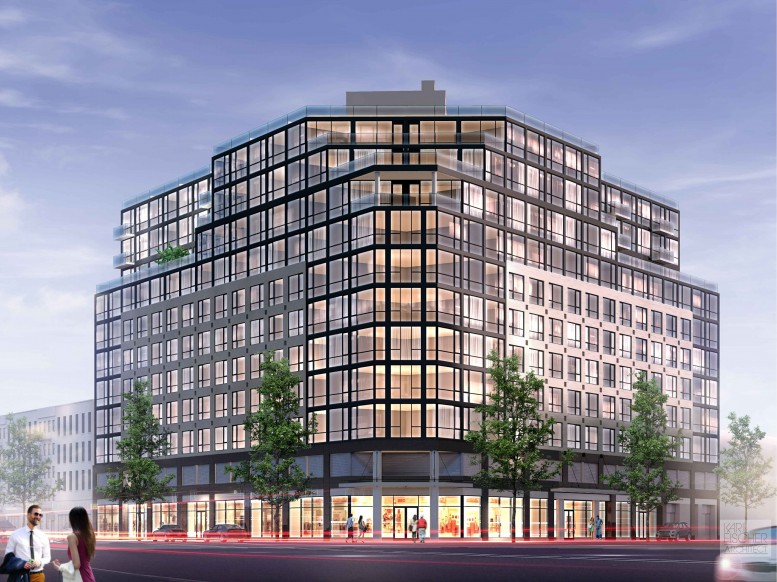 In May, YIMBY reported on filings for an eight-story, 119-unit mixed-use building at 1134 Fulton Street, in southwestern Bedford-Stuyvesant, and now Brownstoner has the Karl-Fisher-designed reveal. The building will actually be 11 stories, and an affordable housing component will boost the number of residential units to 189. Commercial space will measure nearly 18,500 square feet, where a grocery store is expected. Joseph Brunner is developing, and an existing two-story building must first be demolished.