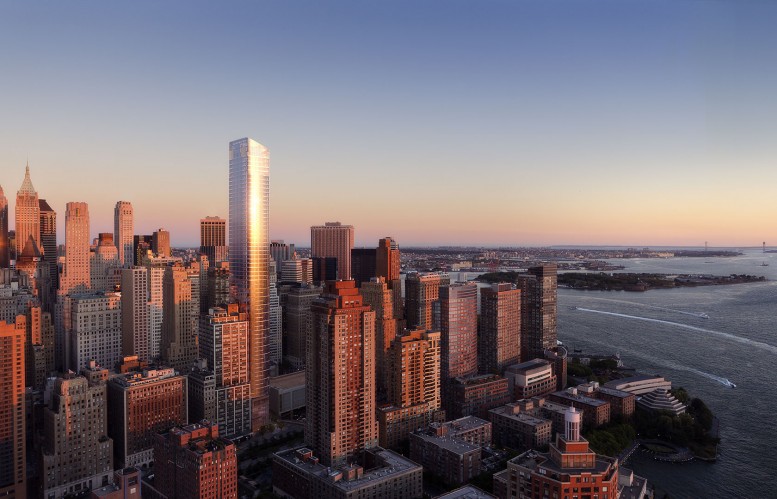 Time Equities’ 64-story, 191-condo-unit luxury tower under construction at 50 West Street, in the Financial District, is now 50 stories up, according to Curbed. Construction has progressed quickly; last November, the structure was just three stories tall, and by March, it was half of its current height. Units are now 50% sold out, and completion is slated for 2016. Helmut Jahn is designing, and the tower will also include roughly 21,100 square feet of commercial space, with retail and office condominiums spanning the first two stories.