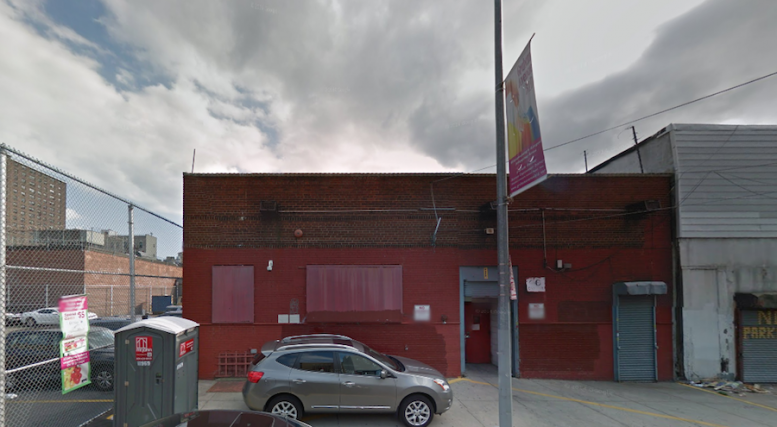 Plans have been filed to build a 12-story mixed-use development with commercial and community space at 46 Cook Street, between Graham Avenue and Humboldt Street near Bushwick Houses in Williamsburg.

The building will reach 124 feet into the air on a through-block lot that also fronts Debevoise Street. It will replace an old single-story, brick warehouse located just two blocks from the J/M trains at Flushing Avenue. The first two floors will hold 13,900 square feet of commercial space and 6,800 square feet for medical offices. Apartments will rise on top, beginning on the fourth floor. Each floor will hold five apartments, and the fourth will include a shared outdoor terrace.

There will be 45 apartments spread across 33,902 square feet of residential space, for an average unit of 753 square feet.

A garage with 38 parking spots and 14 bike storage spaces will take up the third floor, and a commercial garage in the cellar will hold another 69 cars. Overall, the project will have 107 parking spaces, which is far more than the city’s zoning code requires.

The developer also gets a significant bump in floor area—roughly 17,000 square feet of interior space—for including a community facility.

Karl Fischer will handle the design. While the developer isn’t listed on the permits, deeds reveal an address linked to South Williamsburg-based builder Cheskie Weiss. He paid $8,000,000 for the two lots on Cook and Debevoise in May, or roughly $116 per buildable square foot with the community facility bonus.