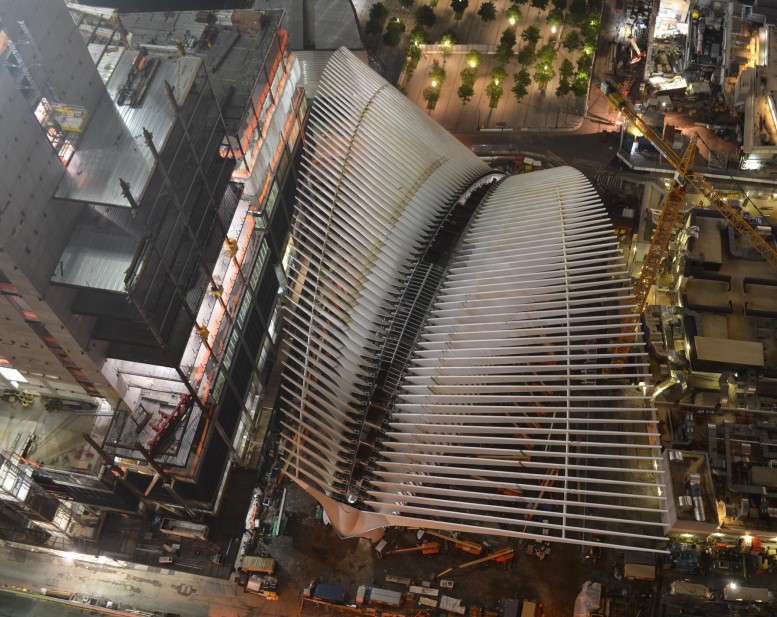 Last October, construction was making quick progress at the World Trade Center Transit Hub, dubbed the Oculus, and the structure is now receiving its finishing touches. Platform B of the PATH’s WTC station has now opened to the public, and Platform C is currently being reconstructed. According to Curbed, glass installation for the structure’s skylight is also underway.

Completion of the transit hub is expected in less than a year, although additional sections of the labyrinth are expected to open to pedestrians over the course of the next few months. Retail space will total 365,000 square feet, and Santiago Calatrava is designing.