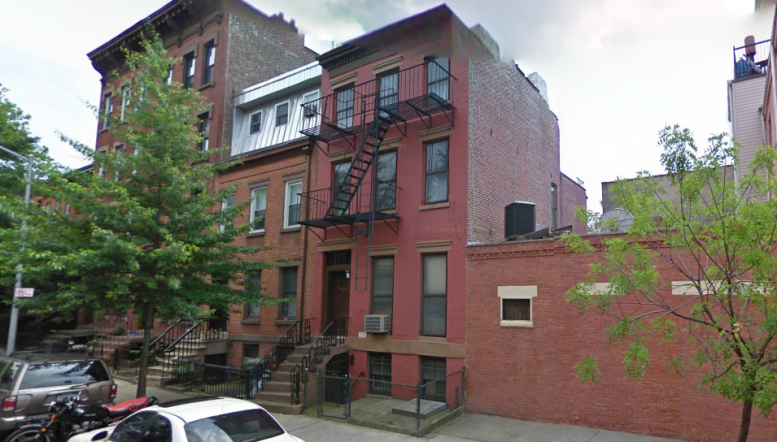 Single room occupancy hotels, or SROs, are a sad remnant of New York City’s past, and in expensive Brooklyn neighborhoods, SRO status can create significant roadblocks for anyone who wants to buy and renovate a building. But one homeowner has gotten all her paperwork in order and filed plans to convert an SRO at 82 Dean Street in Boerum Hill into a large single-family home.

The three-story townhouse is currently split into nine little units spread over 5,275 square feet. It will be renovated into a 6,025-square-foot home with an extra story, according to alteration permits approved today. The owner, Samantha Haber, plans to raise the roofline about 14 feet and expand the interior by 800 square feet. The plans also call for a new cellar and demolition of most of the interior walls.

The building is 20 feet wide and 36 feet deep, meaning that each floor measures roughly 720 square feet. Not surprisingly, the interior is in pretty rough shape, and the property appears to have sat on the market for at least five years. Back in 2010, BK to the Fullest wondered what kind of renovations it needed and noted that the listing was “stale.”

Haber picked up the property between Smith and Hoyt Streets for $1,750,000 in October 2014. Great Neck-based architect Arnold Montag, of AM/PM Design, applied for the permit.

SROs are notoriously difficult to finance, because most banks won’t give out a residential mortgage for one. Buyers also need to secure a certificate of non-harassment from the city’s Department of Housing Preservation and Development, a process which can take years, in order to prove they haven’t illegally evicted any former tenants.

And unfortunately, illegal SROs are alive and well in modern New York. Some sources estimate that there may be as many as 100,000 illegally subdivided SRO units throughout the five boroughs, particularly in low-income areas like the South Bronx.